Western officials have blamed Turkey for the disruption to crude shipments from the Black Sea, stressing there was no reason to block traffic through the Turkish Straits.

At least 22 crude tankers have been stopped from crossing Turkish waters over fears in Ankara that the shipments might be uninsured due to rules that bar tankers transporting Russian crude from accessing European maritime insurance unless the oil is sold for $60 a barrel or less.

But two western officials said the vessels, most of which are loaded with oil from Kazakhstan not Russia, should be allowed to pass.

“It appears that all but one of the roughly 20 loaded crude tankers waiting to cross the straits are carrying Kazakh-origin oil,” one western official involved in the price cap told the Financial Times. “These cargoes would not be subject to the price cap under any scenario, and there should be no change in the status of their insurance from Kazakh shipments in previous weeks or months.”

Oil produced in Kazakhstan by companies including Chevron and ExxonMobil is exported via pipeline across Russia to ports on Russia’s Black Sea coast, where it is loaded on to tankers for the journey through the Turkish Straits to the Mediterranean. Its movement is not restricted under the west’s Russian sanctions.

Turkey has said that the G7 price cap has increased the risks of uninsured vessels in its waters and asked that all crude tankers crossing the Turkish Straits prove they have valid insurance to cover incidents such as oil spills and collisions. 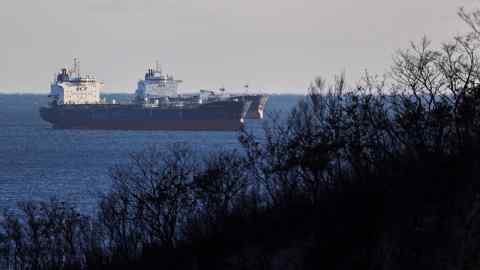 The International Group of P&I Clubs, which provides prevention and indemnity insurance to 90 per cent of the industry, has said it cannot comply. Turkey’s request would require P&I Clubs to guarantee cover, even if it transpired that a vessel had violated sanctions, it says.

Western officials defended the price cap mechanism and argued Turkey’s request for additional assurances from shippers was unnecessary, regardless of whether the cargo was Russian or Kazakh.

Turkey accused P&I insurers of refusing a “routine request” to confirm that tankers’ insurance policies cover any accidents in its straits and that it would continue to bar ships from crossing “until this difficult period passes in order to protect our territorial waters and our ancient cities where millions of our people live”.

The directorate of maritime affairs accused foreign officials of exaggerating the number of stranded vessels in an attempt to put pressure on Turkey. Only 15 tankers were waiting at its straits, 11 of which belonged to EU-based companies and were destined for EU ports, it said.

The UK Treasury on Tuesday said the UK, US and EU were working closely with Turkish authorities to reach a resolution. “There is no reason for ships to be denied access to the Bosporus Straits for environmental or health and safety concerns,” it said.

However, shipping industry executives said that despite the price cap mechanism, which was designed to help Russian oil continue to flow, the risk of vessels in the Turkish straits without insurance or with insurance from less credible providers had increased.

Russia has said it will not sell oil to any buyer seeking to co-operate with the price cap and assembled a “shadow fleet” of vessels to circumvent the restrictions and continue shipping crude to places such as India and China.

Vaccine euphoria, faith in OPEC driving prices; a cause for concern – Vitol

Is Precision Drilling Corp (PDS) a Winner in the Oil & Gas Drilling Industry?