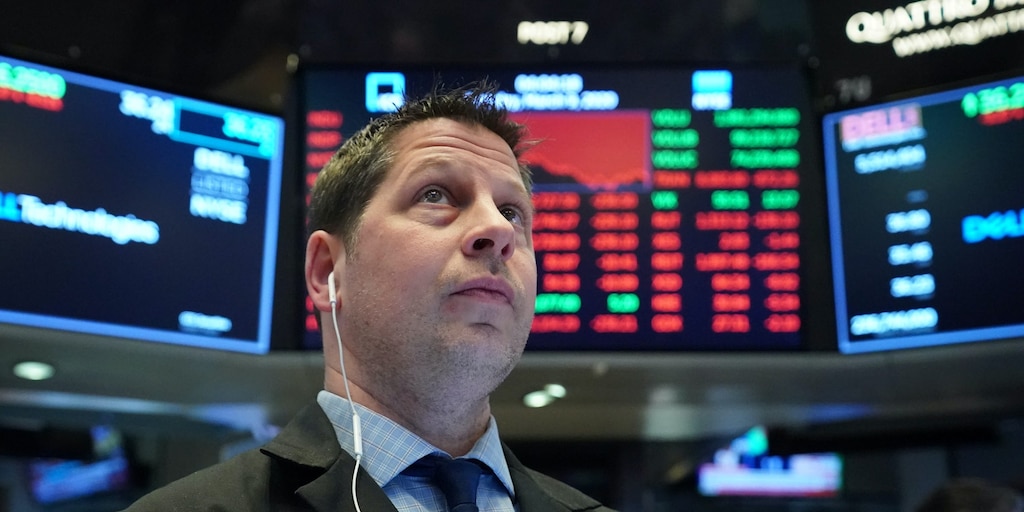 US equities edged higher on Thursday after jobless claims for the week ended May 16 totaled 2.4 million.

The latest data pushes the figure’s nine-week total to nearly 39 million, surpassing the 37 million Americans who filed for unemployment insurance during the 18-month-long Great Recession.

Here’s where US indexes stood shortly after the 9:30 a.m. ET market open on Thursday:

Read more: RBC pinpoints 11 stocks loved by hedge funds that have beaten the market during both the coronavirus collapse and its subsequent recovery

Stock futures were initially pushed lower after the Senate passed a bill aiming to delist Chinese companies from American exchanges. Lawmakers and the White House have repeatedly raised concerns around US-listed firms that may be under Chinese government control or receiving capital from state funds.

Facebook and Amazon leaped higher in early trading after breaching record highs in Wednesday’s session. The companies have thrived amid coronavirus-fueled volatility as traders park cash in mega-cap tech stocks. Such inflows contributed to the Nasdaq composite’s outperformance against peer indexes.

Read more: A value-investing expert explains why beaten-down stocks are the most appealing since the dot-com bubble — and shares 3 stocks he bought as the coronavirus crash created ‘rare’ opportunities

The week’s oil-price rally surged onward, with West Texas Intermediate crude leaping as much as 3.5%, to $34.66 per barrel. Brent crude, oil’s international benchmark, gained 3.4%, to $36.98, at intraday highs.

The tepid Thursday session follows a rally in Wednesday trading. The Dow rose 369 points as investors grew more optimistic around economic reopening progress. All 11 sectors of the S&P 500 gained through the day.

John Fedro quit his job and got involved in real estate with barely any money. He breaks down his low-cost approach to mobile-home investing, which allows him to live comfortably on passive income.

Freeland: no windfall tax on oil and gas