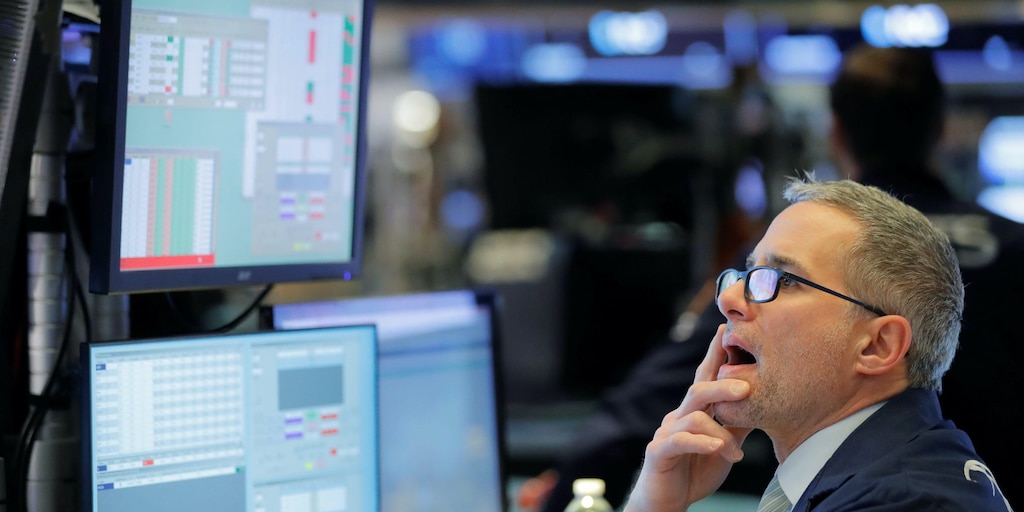 US stocks edged higher on Friday as a continued rally in oil prices offset dour retail-sales data and escalating tensions between the US and China.

Consumer spending sank by an unprecedented 16.4% in April, the Commerce Department announced. The figure was nearly double the record contraction of 8.3% in March. The decline was starker than economists expected; the median estimate compiled by Bloomberg was a 12% drop.

Here’s where US indexes stood at the 4 p.m. ET market close on Friday:

Equities declined in early trading as dueling remarks between the Trump administration and China revived trade stresses. The White House on Friday moved to block shipments of semiconductors to Huawei Technologies, saying that such a policy “cuts off Huawei’s efforts to undermine US export controls.”

China fired back, with the editor-in-chief of the state-run Global Times newspaper tweeting that the country would “restrict or investigate US companies such as Qualcomm, Cisco and Apple” if the US blocked Huawei’s supply chain.

Semiconductor stocks including Qualcomm and AMD slid more than 2% on the news in early trading.

Read more: A 20-year hedge fund vet shares the 3-part checklist that guides every investment decision he makes — and breaks down a stock pick he thinks could increase 50 to 100 times in his lifetime

JCPenney stood out as one of the day’s biggest winners, surging as much as 59% after making a last-minute interest payment. The company had reportedly been considering bankruptcy and avoided defaulting on its debt with the Friday payment.

West Texas Intermediate crude oil gained as much as 8.6%, to $29.92 per barrel. The US commodity rose roughly 19% for the week, driven by widespread production cuts and signs of demand creeping back into the struggling market. Brent crude, oil’s international benchmark, rose 5.3%, to $32.78 per barrel at intraday highs.

Warren Buffett calls the prospect of negative interest rates the ‘most interesting question I’ve seen in economics.’ We had 5 financial experts weigh in on how they could impact the investing world as we know it.