An investigation into competition in the UK fuel market has found “cause for concern” in parts of the oil industry as petrol prices soar, but found little evidence that fuel station operators were inflating costs for consumers.

The Competition and Markets Authority on Friday launched a formal market study into fuel prices after drivers blocked roads and motorways in protest over rising fuel prices this week, putting renewed pressure on the government as it grapples with a cost of living crisis.

But the CMA’s initial review, conducted at the request of business secretary Kwasi Kwarteng, found the vast majority of the increase in fuel prices had been driven by global factors.

The main drivers include the surge in crude oil prices following Russia’s invasion of Ukraine, strong refining margins that have risen around the world because of tight capacity, and sterling weakness — all of which petrol station retailers have little control over.

The review concluded that retail margins — the difference between wholesale refined fuel costs and what petrol stations charge at the pumps — “has not been a significant contributor to the overall rise in pump prices”.

The so-called “retailer spread” had “fluctuated” but remained at about 10p a litre on average, the CMA said.

The Petrol Retailers Association, which represents 65 per cent of fuel stations in the UK, welcomed the findings and said the onus was on the government if it wanted to bring pump prices down by making further cuts to fuel duty or VAT.

“We were disappointed to be singled out earlier this year as somehow responsible for the rise in prices,” said Gordon Balmer, executive director of the PRA. “When they’ve done the cool-headed analysis they’ve found there’s no case to answer.”

Balmer added that the report indicated the “market is working” and that it had found no evidence of profiteering, and that the 5p fuel duty cut made by the government earlier this year had been passed on to motorists.

“On the whole, the fuel duty cut appears to have been implemented, with the largest fuel retailers doing so immediately and others more gradually,” the CMA said.

Motoring group the AA said it remained frustrated by the length of time taken for falls in the price of crude oil and wholesale fuel to be reflected at the pump.

“The AA argues that the problem is not the gap between the oil price and wholesale price feeding through to the forecourts but the length of time it takes for that wholesale price to be reflected at the pump,” said Jack Cousens, the AA’s head of roads policy. 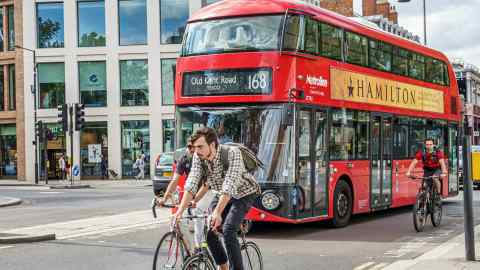 Sarah Cardell, general counsel at the CMA, said that while the retail market “does seem to be competitive”, the regulator would investigate whether disparities in urban and rural prices were justified.

Balmer at the PRA said the government should look at the decline in fuel stations nationally over the past 20 years, which had left many rural markets underserved. In 2000, there were 15,000 fuel stations in the UK compared with 8,380 today.

The CMA said one large “cause for concern” was the rise in refining margins — the difference between the price of crude oil and refined fuels such as petrol and diesel — in recent months. These have tripled in the past year, growing from 10p to almost 35p per litre.

Refining margins have risen because of the loss of capacity during the pandemic and a drop in Russian supplies after western sanctions.

The increase in this spread added 24p a litre to fuel costs over the past year, the CMA said, while the rise in crude oil prices added 20p, and the fall in sterling versus the dollar — which oil trades in internationally — added 7p.

FT survey: How are you handling higher inflation?

We are exploring the impact of rising living costs on people around the world and want to hear from readers about what you are doing to combat costs. Tell us via a short survey.

More Difficulties for the Caspian Pipeline Consortium – The Diplomat

ConocoPhillips Will Be A Winner As Energy Enters Into A New Era (NYSE:COP)

The Energy 202: Trump administration pauses some oil and gas leasing amid coronavirus