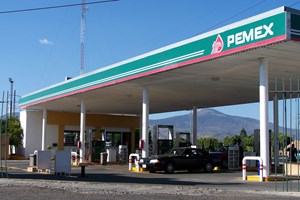 Mexico’s moves to prioritize energy from its state utility over private renewables companies, as well as denials and revocations of U.S. firms’ abilities to operate in the country’s energy sector, are among the issues the U.S. is concerned about,  the Office of the U.S. Trade Representative said in a statement Wednesday.

“We have repeatedly expressed serious concerns about a series of changes in Mexico’s energy policies and their consistency with Mexico’s commitments” under the USMCA trade deal, Trade Representative Katherine Tai said. “We have tried to work constructively with the Mexican government to address these concerns, but, unfortunately, U.S. companies continue to face unfair treatment in Mexico.”

Mexico’s government has received the statement and “extended its willingness to meet a mutually satisfactory solution,” the Economy Ministry said in a statement Wednesday.

Bloomberg News in late June reported that the U.S. was poised to raise the USMCA dispute.

Under the accord’s rules, such a request would give Mexico up to 30 days to agree to schedule consultations. If after 75 days no agreement is reached, the US could request that a formal panel hear arguments from the two nations. While that process focuses on getting Mexico to agree to corrective actions, dragged-out conflicts can ultimately lead to the US imposing punitive tariffs on imports from Mexico on the two-year-old trade pact.

U.S.-Mexico relations have turned increasingly frosty in recent months. President Andres Manuel Lopez Obrador declined to attend the Summit of the Americas in Los Angeles after Venezuela and Cuba weren’t invited. He visited the White House last week and treated President Joe Biden to a half-hour monologue, boasting that gasoline is cheaper on Mexico’s side of the border thanks to his subsidies.

Lopez Obrador has worked to return the country to energy independence by supporting state-owned oil and gas producer Petroleos Mexicanos, known as Pemex, and state power company CFE. The government has refused to hand out permits to several all-but-finished foreign energy projects.

Dr. Oz After he was presented with donations from the heads of oil and gas