The U.S. Senate climate bill’s fee on oil and gas industry methane emissions will cover less than half the sector’s releases of the powerful greenhouse gas, thanks to concessions made to win over party holdout Joe Manchin, according to a review of the legislation and interviews with lawmakers that negotiated it.

The reduced scope of the fee is among numerous changes made by Senate Democratic leadership to secure a deal on the hard-won Inflation Reduction Act, which is being hailed as the biggest climate package in U.S. history but which pales in comparison to President Joe Biden’s initial vision for legislative action on global warming.

The oil and gas industry is the top source of U.S. emissions of methane, a gas that is as many as 80-times more damaging to the climate than carbon dioxide and which scientists say must be controlled quickly to avert the worst impacts of climate change.

The fee aims to force oil and gas companies to plug leaks and stop deliberate venting of their methane during drilling, transport, storage and processing by charging companies for excess emissions, starting at $900 per metric tonne in 2024, rising to $1500 by 2026.

But the fee only applies to companies that emit 25,000 metric tons of CO2 equivalent per year – including a small number of the largest oil companies and independent producers – effectively exempting around 60% of industry emissions, according to an analysis of the bill by the Congressional Research Service. Most methane releases are the result of excess emissions like leaks from storage tanks, wells, and pipelines.
Delaware Senator Tom Carper, who quietly negotiated the parameters of the fee with Manchin after the West Virginia senator opposed the original proposal, said the bill reflected some compromises with Manchin – whose constituency includes coal, oil, and gas interests and whose vote was needed to pass the legislation.

“The consensus is reflective of our concerns, and to make sure we keep the eye on the prize, but also not ignore the concerns of negotiating,” Carper said.

In another concession made to Manchin, oil and gas companies that comply with the Environmental Protection Agency’s forthcoming methane rules due later this year would also be exempted from the fee. The rules require companies to upgrade equipment, monitor leaks and clean them up.
Some environmentalists say such concessions weaken the impact of the fee because it lets many polluting facilities off the hook.

The bill would also exempt distribution facilities that bring natural gas to homes and businesses, offer exemptions to some pipelines and gathering facilities that sell volumes of gas below a certain threshold and give industry nearly $1.5 billion in financial incentives to clean up their methane.
Manchin did not respond to a request for comment but in a press release announcing the bill, he touted the inclusion of financial resources to help companies drive down their methane emissions. 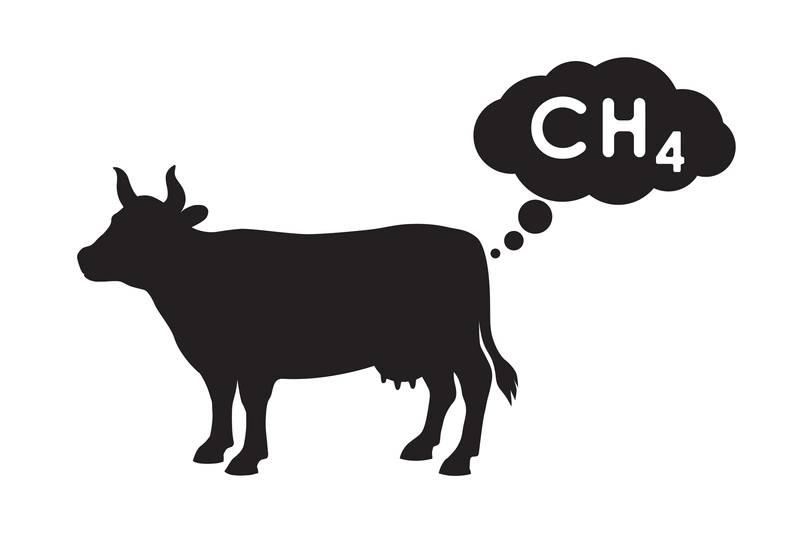 According to an IEA report, Methane Tracker 2020, the largest source of anthropogenic methane emissions is agriculture, responsible for around a quarter of the total, closely followed by the energy sector, which includes emissions from coal, oil, natural gas and biofuels. Copyright archivector/AdobeStock

An earlier methane fee proposed by Democratic senators Sheldon Whitehouse, Brian Schatz and Cory Booker in 2021 did not include those exemptions or financial support and also would have imposed a much higher fee on emissions, starting at $1,800 per ton in 2023.

Carper said Manchin was worried about the impact of a fee on smaller companies, including those without the right equipment to handle captured methane.

Industry representatives, meanwhile, complained the fee would discourage energy production at a time of high consumer prices and double-up on EPA rules.

“Imposing this fee… creates a huge unknown for the industry and the American people as to the full extent of cost increases this will have on American-made energy,” said Anne Bradbury, CEO of the American Exploration and Production Council.

Senator Sheldon Whitehouse said despite disappointment that his bill was scaled down, he hopes the fee and new EPA rules will embolden federal agencies to crack down on methane polluters and force companies to start detecting their emissions earlier than they would have with just EPA rules to meet.

“This will force compliance from an industry that has been highly non-compliant,” he said.

The US Interior Department today announced that an oil and gas lease sale for Alaska’s Cook Inlet will take place on December...

According to Bloomberg, the nine research firms presently following the stock have rated “moderate-buy” as the consensus recommendation for Magnolia...

In this article, we discuss the 10 best Roth IRA stocks to buy according to hedge funds. If you want...