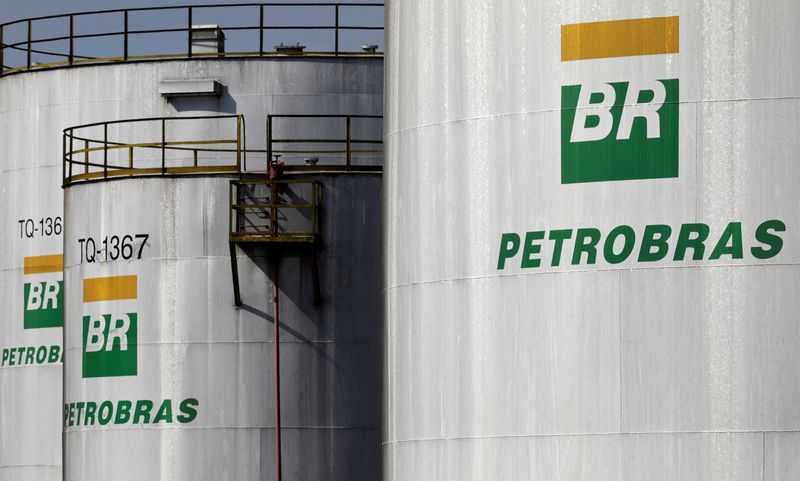 (Reuters) – Brazil’s state-controlled oil company Petrobras will distribute at least twice as much as the biggest international oil producers in second quarter dividends, boosting the government’s coffers amid a tense presidential campaign.

Brazil’s government, which controls the producer with a majority of its voting shares, last month asked Petrobras and other state-controlled companies to increase dividends to finance extra federal spending.

The cry for help came as the government of President Jair Bolsonaro, who later this year faces a tough reelection battle, last month bypassed a constitutional spending cap to finance a massive cash transfer program popular among low-income voters.

Petrobras will distribute about 60% more to shareholders than its $10.5 billion (54.33 billion reais) profit. Critics said the huge payout will lead to underinvestment in the business.

Saudi Aramco has been distributing $18.76 billion to shareholders per quarter. Its next dividend will be disclosed on Aug. 14.

Bolsonaro is trying to boost his re-election chances by ramming through short-term spending measures, critics say. Polls show he is lagging leftist former President Luiz Inacio Lula da Silva. Dividend payments will be made by Petrobras before the first round of voting, scheduled for Oct. 2.

On a webcast last week, Petrobras executives said the extraordinary dividend payment does not affect the company’s investment plans. Petrobras expects to retain between $8-10 billion in cash this year and reaffirmed a commitment to distribute at least 60% of its free cash flow to investors.

“It is our understanding that this is the best cash allocation for the company’s cash,” Chief Financial Officer Rodrigo Araujo told reporters.

© Reuters. By Barani Krishnan Investing.com -- It was always going to come down to production cuts. And when it...

© Reuters. FILE PHOTO: The Valero St. Charles oil refinery is seen during a tour of the refinery in Norco,...

A lot has happened since I posted this XME/XLE chart three weeks ago. is slightly stronger than , with the...

Indexes Mixed Ahead of Powell’s Speech

US stocks were mixed Tuesday while oil prices and bond yields rose as investors look to remarks Wednesday from Jerome...