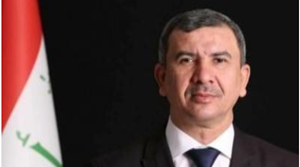 (Bloomberg) –Iraq said the OPEC+ oil cartel is unlikely to change its production policy at next month’s meeting and repeated promises to deliver overdue output cuts, even as the Arab nation’s economy reels.

The group of crude exporters meets on March 4 and members will probably agree to keep output steady in April, Iraq’s Oil Minister Ihsan Abdul Jabbar said. The biggest change will come from Saudi Arabia, which will likely end unilateral daily cuts of 1 million barrels after March, he said.

“I think in March the agreement will be that output will remain on the same level,” the minister told reporters in Baghdad Wednesday.

The Organization of Petroleum Exporting Countries and partners such as Russia — an alliance known as OPEC+ — began unprecedented production curbs in May after the coronavirus pandemic battered economies and caused oil demand to collapse.

Iraq has drawn fire from fellow members for breaching its quota on several occasions and failing to compensate, despite repeated pledges to do so.

OPEC’s second-largest producer after Saudi Arabia has a limit of 3.86 million barrels per day for the first three months of the year under the current agreement, according to a statement issued by the state-run oil marketing firm on Feb 3.

Jabbar said Iraq will pump 3.6 million barrels a day this month if the Kurdistan Regional Government complies with Baghdad’s wishes and cuts production by 200,000 barrels a day.

This would result in a huge drop for the semi-autonomous region. The KRG shipped more than 400,000 barrels per day to international buyers in January, according to tanker-tracking data compiled by Bloomberg.

Even if Kurdistan fails to make the cuts, Iraq could still produce less than its OPEC cap — though it would struggle to make much in the way of compensatory cuts.

Iraq previously said it would limit its daily production for January at 3.6 million barrels, but ended up pumping more than 3.8 million a day.

The minister expects to export 2.9 million barrels a day in February, excluding Kurdish flows. That’s more or less in line with the figure for January.

Jabbar thinks crude prices will trade in the range of $58 to $63 a barrel this year. Brent crude has soared almost 20% since the end of 2020 to around $61.50 a barrel amid rising demand in China and vaccine roll-outs.

A Dozen Stocks to Play an Energy Sector Rebound