Opec and Russia agree to raise oil supply from January


Opec and Russia have struck a cautious deal to boost oil supply from January, as producer countries seek to release more barrels into the market despite new waves of coronavirus persistently weighing on demand.

Producers agreed to raise output by 500,000 barrels a day in January, according to delegates, far below the 2m b/d initially agreed. Future output levels will be decided at monthly ministerial meetings.

Prince Abdulaziz bin Salman, Saudi Arabia’s oil minister, said the group would adjust the deal “whenever it is necessary”.

The meeting of oil ministers began on Thursday, two days after it was initially scheduled, with key countries in the Opec+ group — which includes the cartel’s 13 members, Russia and nine other allied producers — at loggerheads over whether to taper production cuts in January as previously agreed.

After a historic crash in oil prices when the pandemic gripped western economies in March, Opec and its allies were initially unable to concoct a response, instead engaging in a price war that flooded the global market with crude. But by April the 23-member group agreed to cut production by a record 9.7m b/d — close to 10 per cent of global supply. The curbs have since fallen to 7.7m b/d, and were due to drop further in January, meaning an additional 2m b/d was expected to be released into an already fragile market.

Brent crude has rebounded to more than $45 a barrel after news of the rollout of vaccines fuelled a market rally last month. Still, governments in Europe have imposed new restrictions to curb the spread of the virus while the US continues to report higher levels of deaths, damping the optimism among some delegates.

Ahead of this week Saudi Arabia, Opec’s largest producer, had sought to extend the current level of cuts, at 7.7m b/d, for a further three months as a preventive measure. But Russia — the kingdom’s main partner in the Opec+ alliance — pushed to stick with the plan to ease cuts from January.

The United Arab Emirates, Saudi Arabia’s traditional Gulf ally, has also pushed for stricter quotas on other countries who have not fulfilled their share of cuts this year.

Although the plan being discussed is not as drastic as a full three-month delay of the tapering plan, a smaller production raise is seen as a halfway house that would hold together an alliance that has begun to show cracks in unity. 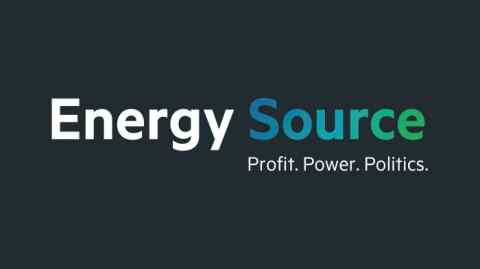 “A key question is whether they can maintain discipline now that they have opted to add more barrels on to the market,” said Helima Croft at RBC Capital Markets. “Will Iraq and Nigeria . . . now seek to get their barrels on to a market that has been bolstered by vaccine optimism?”

Government-imposed lockdowns and travel bans this year have hit travel and trade, resulting in a collapse in oil demand. These “containment measures”, Opec said in a statement, “continue to impact the global economy and oil demand recovery”.

“We are taking market conditions into account,” said Alexander Novak, Russia’s deputy prime minister, who added that the Opec+ group wished to be flexible. “The [monthly production] adjustment can be in any direction”, with any increases limited to 500,000 b/d.

Brent crude, the international oil benchmark, rose 1.4 per cent to $48.83 a barrel on Thursday by evening trading in London. Amrita Sen at the consultancy Energy Aspects said prices now “could test $50 soon”.