(Bloomberg) — Sabinal Energy, an oil producer backed by Kayne Anderson, is divvying up its assets for a sale of the company that could fetch more than $1 billion, according to people with knowledge of the situation. 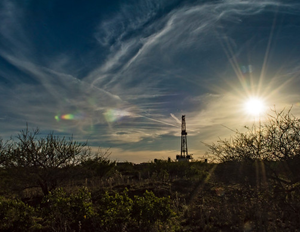 The company launched an auction last week with help of an adviser, said the people, who asked not to be identified because the matter is private. Sabinal could be worth as much as $1.5 billion, one of the people said.

Sabinal, the people said, is marketing roughly 132,000 net acres in parts of the Permian Basin including the central basin platform and the northeast and eastern shelves, as well as in the Delaware Basin extending into New Mexico. The asset blocks could be sold to one or more buyers, one of the people said.

With daily production of 13,000 barrels of oil equivalent, the assets are expected to generate more than $400 million in earnings before interest, taxes, depreciation and amortization over the next 12 months, the people said. A sale hasn’t been reached and plans for Sabinal could change, the people said.

A representative at Sabinal didn’t immediately respond to a request for comment. A spokesperson for private equity sponsor Kayne Anderson declined to comment.

The Permian Basin of West Texas and New Mexico has long been a focus of consolidation because it’s immensely lucrative and fairly fragmented.

Dealmaking in the shale patch is set to accelerate as companies look to replenish dwindling supply of top-tier well sites. Oil prices, which reached $120 a barrel, could go higher as the energy supply crisis drag on, according to Bank of America Corp.

Oil gains as US production slowly returns after freeze