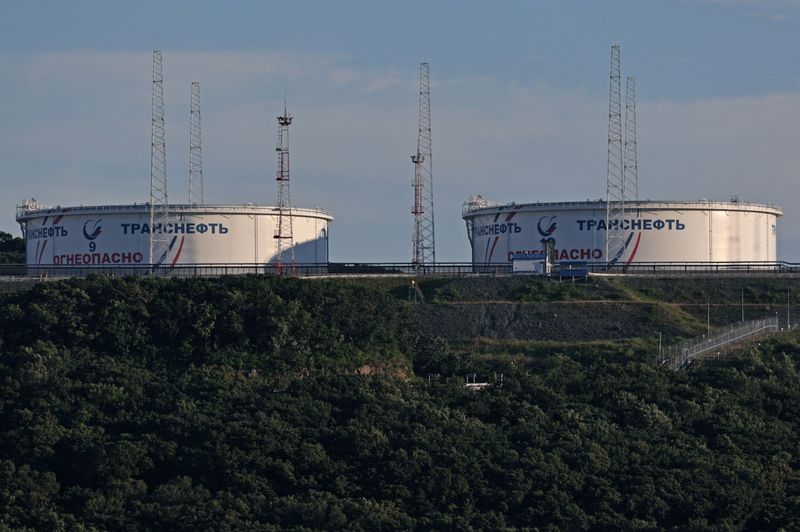 NEW YORK (Reuters) -Oil prices fell over 2% on Tuesday to their lowest since before Russia’s invasion of Ukraine, as economic data spurred concerns about a potential global recession, while the market awaited clarity on talks to revive a deal that could allow more Iranian oil exports.

The contracts fell about 3% in their previous sessions.

The European Union and the United States said on Tuesday they were studying Iran’s response to what the EU has called its “final” proposal to save a 2015 nuclear deal after Tehran called on Washington to show flexibility.

Iran responded to the proposal late on Monday but none of the parties provided any details.

“It is still unclear what Iran has told the European Union last night, so some tricky items might impact the outcome of the nuclear deal,” UBS analyst Giovanni Staunovo said.

U.S. homebuilding fell to the lowest level in nearly 1-1/2 years in July, weighed down by higher mortgage rates and prices for construction materials, suggesting the housing market could contract further in the third quarter.

“Oil traders reacted because of concerns about an economic slowdown and housing uses energy,” said Phil Flynn, an analyst at Price Futures group. “That caught us by surprise.”

State media quoted Premier Li Keqiang as saying that China will reasonably step up macro policy support for the economy.

Barclays (LON:) cut its Brent price forecasts by $8 per barrel for this year and next, as it expects a large surplus of over the near-term due to “resilient” Russian supplies.

US oil and gas production to set new highs in September

US oil and gas production to set new highs in September

The Oil Industry Is Ready To Fight President Biden In Court