Oil Ends Below $100 Again as Biden Admin to Okay an Iran Deal in U.S. Interest By 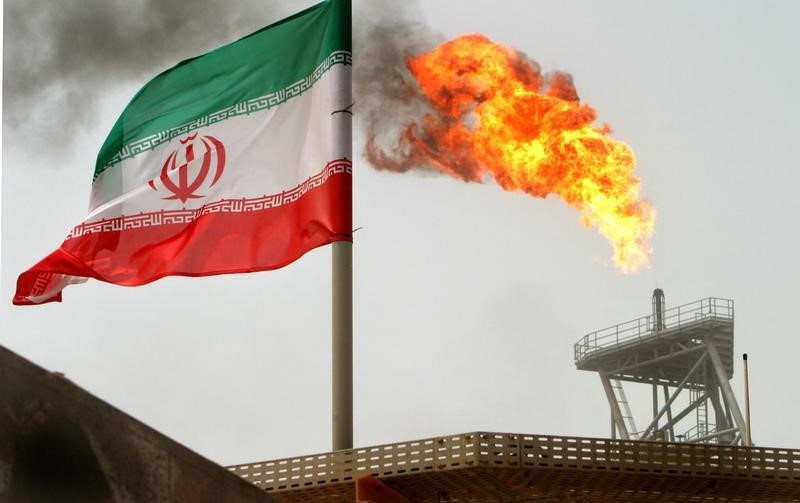 Investing.com — The White House says an Iran nuclear deal that’s good for the United States will be good for the Biden administration. And that was good enough to send oil tanking back to below $100 a barrel on Thursday.

“If it is in our best interests, the U.S. will agree to the Iran deal,” White House spokeswoman Karine Jean-Pierre told a media conference Thursday as the back-and-forth effort to revive Iran’s 2015 nuclear deal with global powers went forth again, threatening to deliver an additional one million barrels per day of crude into the market should Tehran win reprieve from U.S. sanctions.

The White House’s latest response to the negotiations around Iran forced to settle down $1.88, or 1.9%, at $99.34 per barrel as the London-traded global benchmark for oil gave up its tenuous hold in the $100 territory it had occupied for just two days. Prior to Thursday’s slide, Brent reached as high as $102.45 over the past week, rallying in five sessions out of six, after hitting a six-month low of 91.71 on Aug. 16.

“Granted that there’s been a lot of back-and-forth on Iran over the 20 months of this administration and even now, there’s no guarantee that the deal will be restored,” said John Kilduff, founding partner at New York energy hedge fund Again Capital.

“But the latest noises on this that have emerged from both the White House and Tehran have been positive, and that’s a negative for oil prices if it means having what could be a ballpark figure of some million additional barrels per day landing on the market.”

Prior to the White House’s comment on Thursday, the State Department said the United States has conveyed its official response to the European Union’s proposal to salvage the seven-year-old agreement.

Iran also confirmed that it had received the U.S. response.

“The careful study of the views of the American side has started and Iran will share its comments with the coordinator upon completion of the review,” said a spokesman for Iranian Foreign Minister Nasser Kanaani.

The nuclear deal, officially known as the Joint Comprehensive Plan of Action, is critical to ending U.S. sanctions on Iranian oil exports and allowing Tehran’s legitimate return to the export market for oil.

Talks between Iran and global powers, led by the EU, have dragged on for 20 months since President Joe Biden entered office. Biden’s predecessor Donald Trump was the one who canceled the 2015 agreement in 2018, putting sanctions on Iran.

Lately, Iran has made several concessions to try and get the deal revived.

On Monday, it dropped its demand for the lifting of the terrorism designation that had been placed on the IRGC, or the Islamic Revolutionary Guard Corps. The IRGC is Tehran’s elite security force, blamed for many terror acts around the world. Iran dropped its demand that the U.S. stop listing the IRGC as a terrorist organization under the State Department’s watchlist. That demand has been one of Iran’s sticking points that have held up the reinstatement of the 2015 nuclear deal.

On Tuesday, Iran went another step, giving up the block it had placed on the inspection of sites in Iran believed to be linked to uranium enrichment. Tehran had previously wanted the International Atomic Energy Agency to close its investigation of undeclared nuclear material found at certain Iranian sites in 2019. Now, it was no longer making that demand, a senior official of the Biden administration told CNN on Tuesday.

Effectively what that meant is that Iran had less to hide from the IAEA amid accusations that the Islamic Republic had amassed enough capacity, including uranium enrichment, at those sites to build an atomic bomb. For the record, Tehran has maintained that its nuclear program was for civil uses like power generation and not for making weapons. Saudi Arabia, Israel and other arch rivals of the Islamic Republic, of course, do not buy that story.

FirstBank: Supporting the oil and gas financing for efficiency