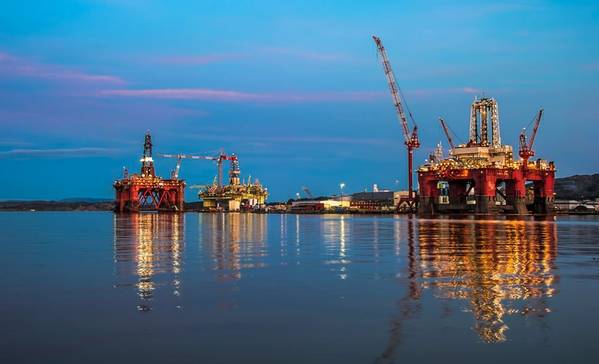 Oil and gas firms in Norway have raised this year’s investment forecasts as they seek to benefit from pandemic-era tax incentives intended to boost activity, a national statistics office (SSB) survey showed on Thursday.

The biggest business sector in Norway now expects to invest 159.5 billion Norwegian crowns ($17.9 billion) in 2022, up from a forecast of 154.4 billion crowns made in November, SSB said.

Investments are still set to decline this year however by an estimated 8.1% when compared to 2021, SSB said, a lingering effect of drawdowns made during the pandemic, but will likely increase in 2023 as major development projects gather speed.

In 2023, oil investment numbers are provisionally seen dropping further to 131.4 billion crowns, but this could quickly change as more plans are laid, the agency said.

“If the schedules for the expected projects are maintained, there will be significantly higher investments in field development in 2023 than what is currently included in the survey,” SSB said.

Yet-to-be approved projects include the development of a cluster of oil and gas discoveries in the so-called NOAKA area by Aker BP and Equinor, as well as Equinor’s Arctic Wisting oil discovery.

The Biden administration Monday released highly anticipated draft rules to stem the release of methane from oil and gas drilling...

Insurance firm Britam has backed out of a deal to underwrite the East African Crude Oil Pipeline (Eacop) after the...