(Bloomberg) — The Netherlands should increase output from the controversial Groningen gas field to bolster domestic supplies as the country plans to halt Russian imports, a group of energy advisers said. 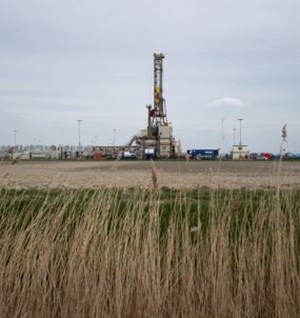 The Dutch Mining Council, an independent advisory body to the government, told the cabinet in a letter that it should consider tapping Groningen as an emergency measure to fill storage for the winter, with Russian supplies due to be stopped by the end of the year.

While the group’s advice echoes similar calls from grid operator Gasunie Transport Services and gas wholesaler GasTerra BV, any potential extension of the field’s life would rekindle a heated political debate over the future of the giant site. The government has earmarked the facility for closure after towns in the area were damaged by earthquakes that were triggered by drilling.

Groningen’s local government has warned that any decision to boost production could prompt social unrest. But in its letter to the cabinet the Mining Council, while acknowledging the need to respect local residents’ rights, argued that a gas supply shortfall “could lead to social disruption.”

Gasunie said last month that a delayed start of production at a new nitrogen plant at Zuidbroek makes additional Groningen production necessary this year. Last week, Russia’s Gazprom PJSC said it was halting flows to GasTerra after the Dutch company refused to comply with demands to use a ruble payment mechanism. The halt means about 2 billion cubic meters of gas won’t be delivered between now and Oct. 1, when the company’s contract with the Russian energy giant was to expire, the Dutch firm said.

In an advice paper published around the time of Russia’s late-February invasion of Ukraine, GasTerra too suggested boosting production from the field, arguing that in recent years the Netherlands has seen supply failing to keep pace with demand due to the rundown of Groningen. That remains the company’s view, according to a spokesperson.

GasTerra said it has bought gas from other suppliers but “it is impossible to predict how the lost supply will affect the supply/demand situation and whether the European market can absorb this loss of supply without serious consequences.”

Still, the government maintains that it is unsafe to continue gas extraction from Groningen and wants to close the field by next year or the year after at the latest. The cabinet still wants production to stop as soon as possible, a spokesperson for the Ministry of Economic Affairs and Climate Policy said, adding that using gas from the site is a last resort when energy supply to households and protected customers such as hospitals is seriously at risk.

The field has been a key source of gas for much of Western Europe, as well as a mainstay of Dutch state finances, since output commenced in 1963. But hundreds of earthquakes have hit the province since the 1980s.