(Bloomberg) — Mozambique will have to wait a little longer to join the ranks of the world’s liquefied natural gas exporters, after a vessel that was destined for its first offshore production platform changed course at the weekend and sailed away. 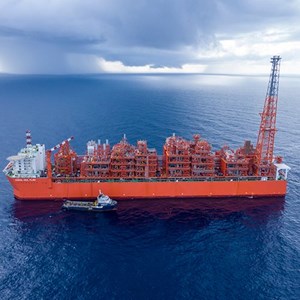 Energy buyers in Europe have been eagerly anticipating production from Eni SpA’s project in Mozambique’s northern waters to help ease the global gas shortage ahead of the crucial winter heating season. Europe is accelerating efforts to replace Russian gas with LNG, sending spot prices for the fuel surging around the world.

The tanker, known as British Mentor, had been due to arrive on Aug. 24 at the Coral-Sul floating LNG facility that Italy’s Eni is commissioning. After spending a couple of days drifting off Mozambique’s coast, it changed its destination over the weekend and started sailing toward Qalhat, Oman, home to another LNG terminal, ship-tracking data compiled by Bloomberg show.

BP Plc operates the British Mentor and has the rights to buy all of Coral-Sul’s output, which is planned at 3.4 million tons per year. The project is scheduled to start producing in September or October, Mozambique’s oil and gas regulator said in February. Eni and the Instituto Nacional de Petroleo, Mozambique’s regulator, didn’t immediately respond to requests for comment. BP declined to comment.

Commissioning activities at Coral-Sul are progressing and Eni will communicate the first exports in due course, the company said in a statement Aug. 19.