After two weeks of selling, crude oil is up nearly 3% this week as traders look to limit the June damage.

The correction could be over, according to Kim Cramer Larsson, technical analyst at Saxo Bank.

“After a minor correction Brent Crude oil (CO1:COM) (NYSEARCA:BNO) is bouncing of the short-term rising trend line and looks set to resume uptrend,” Larsson said. “The RSI has bounced of the 40 threshold i.e. still bullish sentiment despite divergence early this month. Resistance at 118.30 and key resistance at 121.25. If breaking above 121.25 June highs are likely to be taken out.” 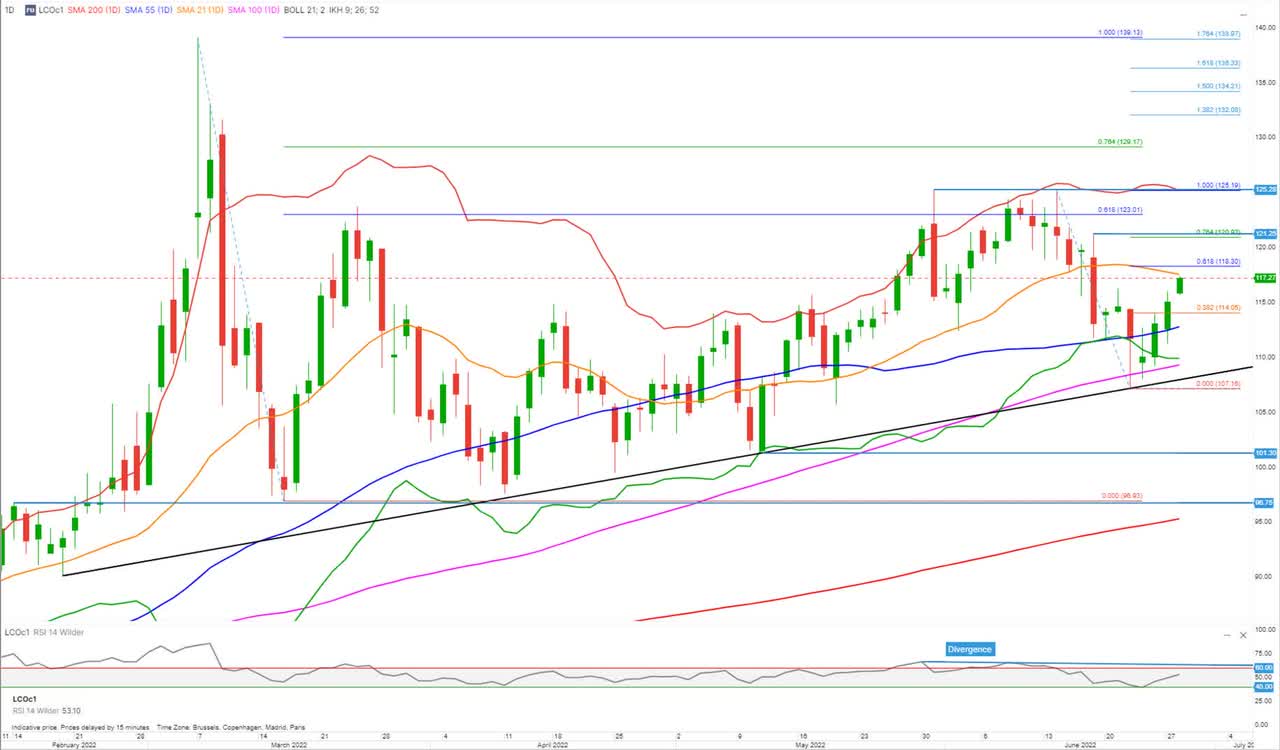 “If WTI drops below 101 selling pressure is likely to take WTI down to key support at around $92.93.” 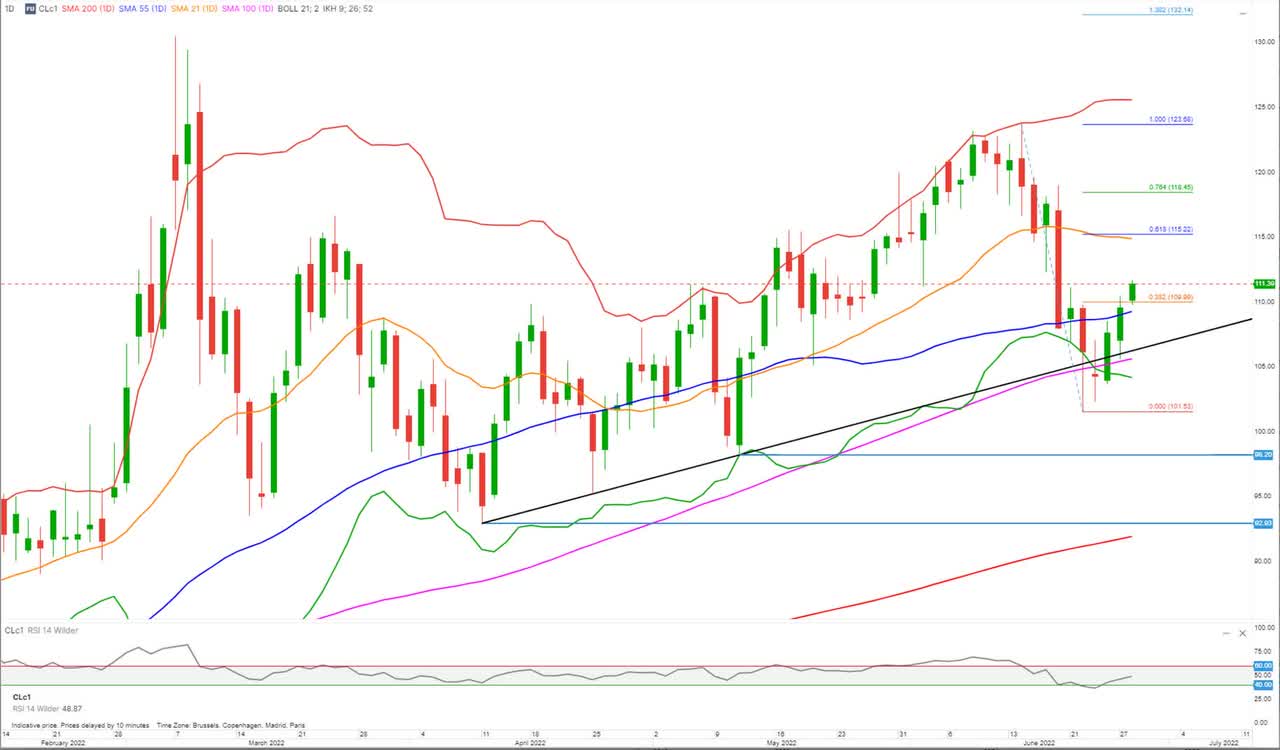 As war in Ukraine grinds on, G7 vows to reduce Russia’s energy leverage

As war in Ukraine grinds on, G7 vows to reduce Russia's energy leverage

Guyana’s Oil Boom Will Only Accelerate In 2023