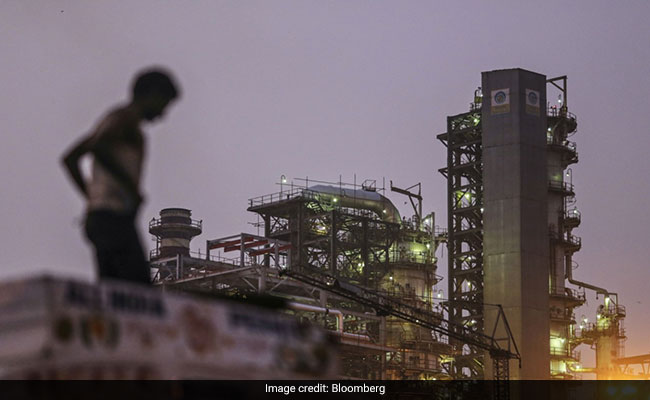 The state-run refiners are keeping the overseas sales option open if local demand fails to pick up.

Oil refiners in the world’s third-biggest crude importer are stepping up purchases as they strive to meet annual production goals, giving prices another tailwind as they march toward $100 a barrel.

At least 18 of India’s 23 refineries operated at more than 100% of nameplate capacity last month, up from just eight in August, according to several refinery officials with knowledge of the matter. Average run rates across the plants were 101% in December, compared with 87% in August, they said.

The state-run processors — Indian Oil Corp., Bharat Petroleum Corp. and Hindustan Petroleum Corp. — are reaching out to term-contract suppliers including Saudi Arabia and Iraq for extra barrels or buying on the spot market, said the officials, who asked not to be identified as the information is private. 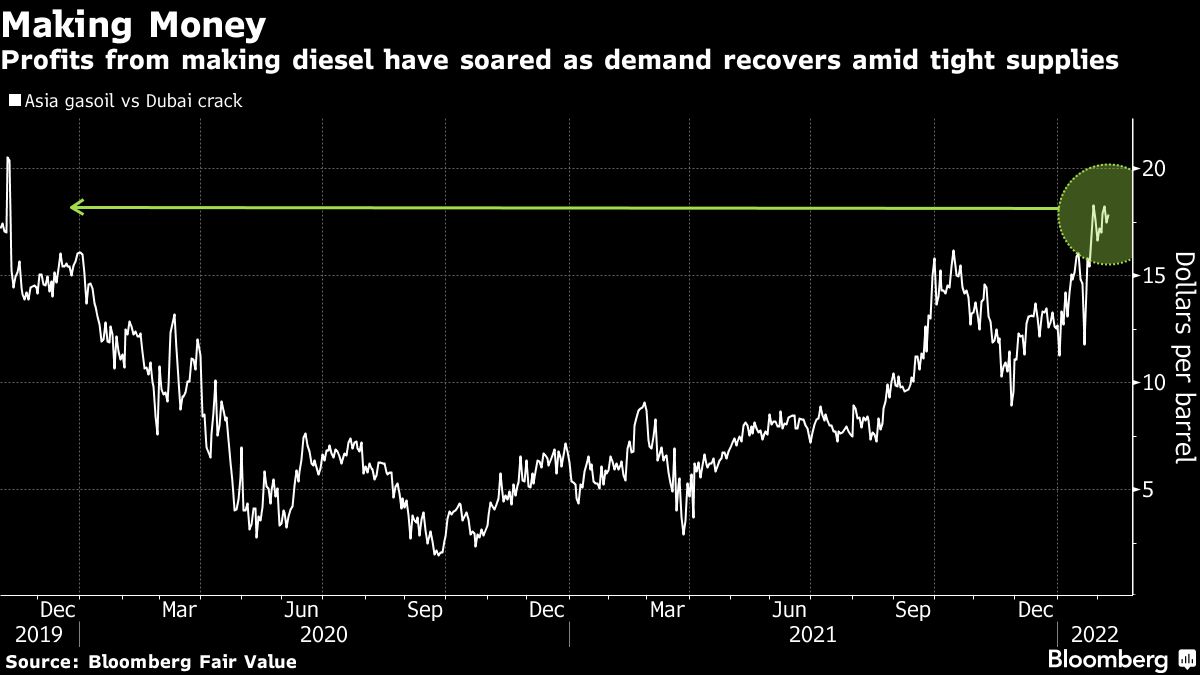 The big three, along with Mangalore Refinery & Petrochemicals Ltd., which together account for 65% of India’s processing capacity, are playing catch up after lagging behind production targets in the first nine months of the fiscal year through March as the virus hurt fuel demand. Oil imports rose to the highest in a year in December and the momentum is continuing this year even as the omicron variant weighs on diesel and gasoline consumption.

Indian Oil, the country’s biggest refiner, has been topping up its term volumes with spot purchases for March and April loadings. Hindustan Petroleum has completed a 40,000-barrel-a-day expansion of its Mumbai plant, meaning it needs to buy more crude, Chairman Mukesh Kumar Surana said.

Most refineries that operated above their nameplate capacities in November and December had been restricting activities for the previous few months.

Profits from making diesel, the most popular fuel in India that its refineries are geared to produce a lot of, have risen to the highest levels in two years in Asia and the U.S. That’s providing an added incentive for domestic processors to crank up their run rates. Exports from India have also become increasingly crucial for the region amid a reduction in shipments from China.

The state-run refiners, which only export fuels intermittently, are keeping the overseas sales option open if local demand fails to pick up, the officials said.

(Except for the headline, this story has not been edited by NDTV staff and is published from a syndicated feed.)

The Electric Vehicle War Is Heating Up In China

White House Changes Plan To Refill SPR At $70 Per Barrel

U.S. Energy Security Advisor Amos Hochstein said on Tuesday that the White House would look to refill the nation’s Strategic...