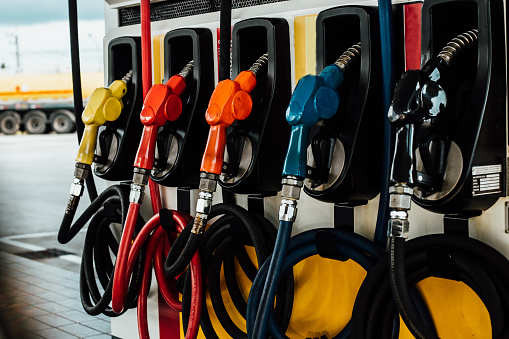 If there’s one part of India’s economy that’s been relatively unscathed by the devastating impact of Covid-19 it’s the vast rural hinterlands. And the country’s biggest fuel retailers are sitting up and taking notice.

Stay-at-home orders first imposed from March last year had a disproportionate impact on India’s teeming cities, but in small towns and villages people mostly went about their business with fewer restrictions. A bumper agricultural crop and a splurge in government spending to pull the economy out of a slump is also expected to put more money into the hands of rural farmers and laborers.

The increasing economic importance of India’s hinterlands is influencing business expansion plans and accelerating a trend of more service stations being opened in the countryside. Bharat Petroleum Corp. and Hindustan Petroleum Corp. — two of the three biggest fuel retailers — both said they planned to raise the proportion of outlets they have in rural areas this year.

“While the first-level cities are getting saturated, demand is coming up in rural areas,” Hindustan Petroleum Chairman Mukesh Kumar Surana said. The new outlets Hindustan is looking to open would “have a reasonable component of second-rung cities and rural areas without any doubt,” he said. 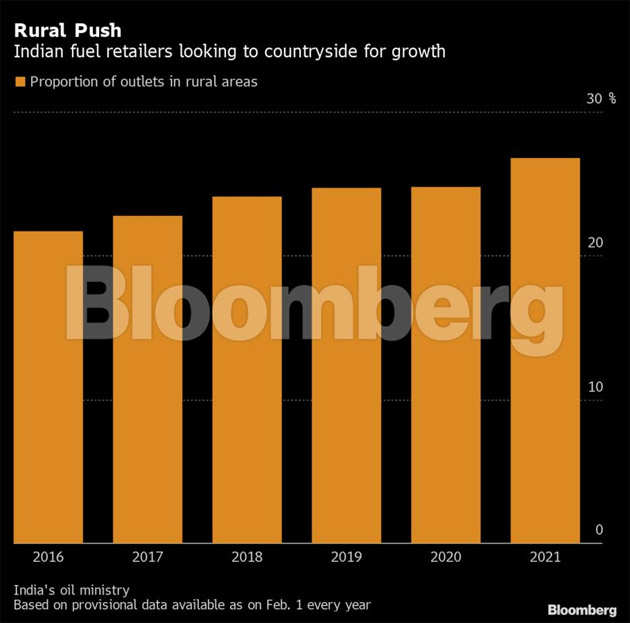 India is pinning its hopes on the agricultural sector to help the economy recover after its worst recession since the 1950s. Rural India was a bright spot in local automaker Mahindra & Mahindra Ltd.’s latest financial results amid strong demand for tractors and farm equipment. The rural sector continues to outperform urban India, Ambuja Cements Ltd. Chief Executive Officer Neeraj Akhoury said on a conference call with analysts last month.

India’s economy pulled itself out of recession last quarter amid a steady drop in virus cases and as agriculture continued to perform well. Gross domestic product rose 0.4% year-on-year in the final three months of 2020, according to data released Friday, after contracting 7.3% in the previous quarter.

HPC and BPC, together with Indian Oil Corp., account for more than 90% of Indian fuel sales. The share of rural service stations in the world’s third-biggest oil importer rose to 26.8% in January from 24.8% a year earlier, oil ministry data show, and the rate of increase looks set to accelerate this year.

Diesel is the most widely used petroleum product in India, accounting for around 40% of total fuel use. The agricultural sector is the second-biggest consumer of diesel after transportation.

Bharat Petroleum, the second-biggest fuel retailer, opened 2,212 outlets in the past year, with two-thirds of these in rural areas, the oil ministry data show.

“We weren’t having a presence in the rural segment the way our competition had and that impacted us in Covid times,” said N. Vijayagopal, finance director at Bharat Petroleum. “So, we are now targeting an expansion drive of retail in places where we are under-represented — the rural side.”

Dr. Oz sides with energy after he received donations from heads of oil, gas business