Munich Re to stop its backing for new oil, gas fields

Pritam Kad, Oil & Gas Analyst at GlobalData, says: “Amid easing concern over crude oil prices and the effects of COVID 19, contract activity is now looking relatively stable. This indicates the industry is trying to cope with recent upheaval in commodity markets and is making adjustment for long term sustainability” 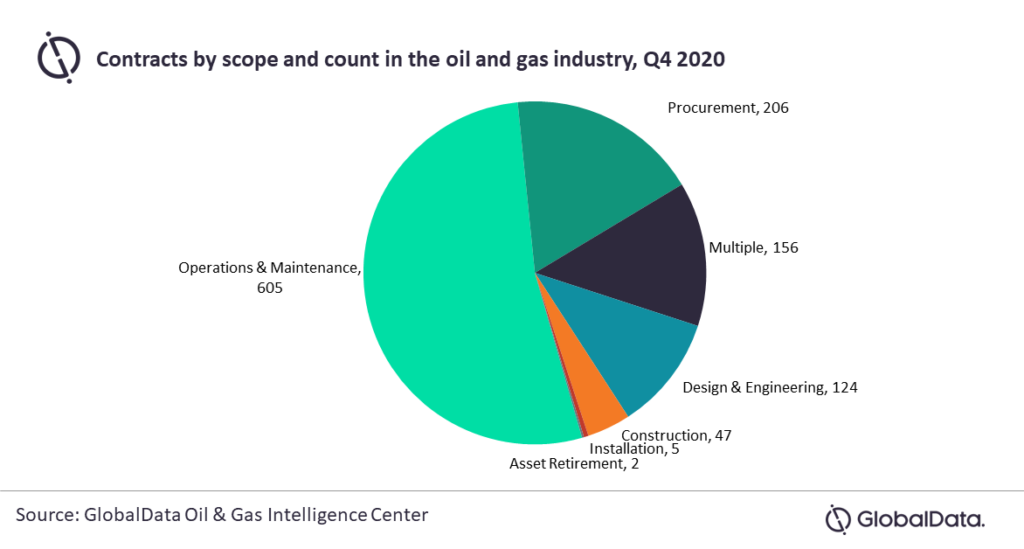 Kad continued: “These significant contracts will allow Samsung to reinforce its position with engineering capabilities and thus become better placed to garner future EPC projects in the refining and petrochemical market”

Operation and Maintenance (O&M) represented 53% of the total contracts in Q4 2020, followed by contracts with multiple scopes ranging from construction, design and engineering to installation, O&M and procurement – all of which accounted for 14%.
Source: Global Data

Oil prices post a loss even as weekly U.S. crude supplies and stocks at the Cushing

“This is not the Biden administration’s fault, but they know that if gas prices are back at $4.50 on Election...

Munich Re to stop its backing for new oil, gas fields

BERLIN (AP) — Munich Re, one of the world's biggest insurance companies, said Thursday that it will stop backing new...

Around 30 supporters of Just Stop Oil have disrupted traffic in Westminster today for the fifth day in a row...

WASHINGTON, Oct 4 (Reuters) - The White House has ruled out any ban or curbs on natural-gas exports this winter,...

A car is shown at a gas station near the San Diego State University campus. Photo by Megan Wood via...

Oil prices post a loss even as weekly U.S. crude supplies and stocks at the Cushing