Five British energy suppliers were warned by regulator Ofgem on Wednesday they faced potential fines or a ban on acquiring new customers after it identified “moderate to severe” failings in how they calculated rises in households’ direct debit payments, following a sharp rise in energy bills.

The regulator told Utilita, Green Energy UK, TruEnergy, Ecotricity and Good Energy they could be hit with enforcement action unless they improved quickly, and that they had two weeks to submit action plans.

Ofgem has been investigating household direct debits after business secretary Kwasi Kwarteng claimed some suppliers had increased customers’ regular payments “beyond what is required”, even though Britain’s energy price cap rose 54 per cent on April 1.

Publishing its findings, the regulator said direct debit levels increased by an average of 62 per cent between February 1 and April 30 for households on tariffs dictated by the price cap, although it insisted it had not found evidence of “unjustifiably high” rises.

The regulator cautioned that the 54 per cent rise in the price cap, which dictates bills for 23mn British households, was based on the estimated consumption of a “medium energy user”. Actual increases in payments would differ depending on customers’ electricity and gas usage and other factors, such as whether they were in debt to their supplier, it said.

However, Ofgem added it was “concerned” that half a million households experienced a 100 per cent increase in their direct debit payments in the same period. All suppliers that increased customers’ regular payments by that much would be required to review those cases and expected to refund and offer “goodwill” payments to customers if miscalculations were found, the regulator said.

“It’s clear from today’s findings on direct debits that there are areas of the market where customers are simply not getting the service they need and rightly expect in these very difficult times,” said Jonathan Brearley, Ofgem chief executive.

Of the 17 large suppliers investigated, “moderate to severe” failings were found at the five while “minor weaknesses” were discovered at seven others, including the bailed-out supplier Bulb, Octopus Energy and Ovo. The regulator found no significant issues at only four suppliers: British Gas, EDF, ScottishPower and So Energy.

Among the worst offenders, Ofgem said problems ranged from weak governance to an “overall lack of a structured approach to setting customer direct debits”.

Utilita, which is among Britain’s 10 biggest energy retailers, said it was “shocked and disappointed by Ofgem’s decision to name and shame suppliers at this time, given we’re still working on their follow-up request for additional information and evidence”.

Green Energy UK said it had provided the regulator with “comprehensive information on our direct debit processes” and had “genuine concerns that the information that we supplied has been misunderstood or ignored”. 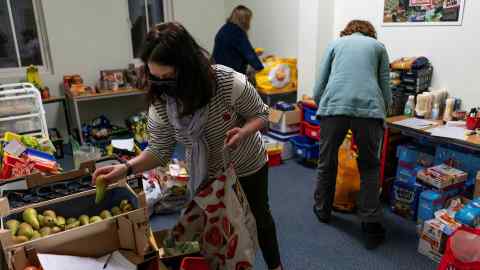 London-listed Good Energy insisted Ofgem had raised “just one concern about our direct debit governance . . . and we are taking rapid action to address it”.

TruEnergy said it was working with the regulator to “demonstrate full compliance” with all parts of its supply licence.

Ecotricity founder Dale Vince said the group had experienced difficulties with a new billing system but that an upgrade would be rolled out in six weeks. “Unfortunately [Ofgem] took no account of [this] in their assessment,” he added.