Fighting back against ESG efforts to destroy the Texas economy


AUSTIN – Texas is leading the fight to curb the expansion of the Environmental, Social and Governance (ESG) movement, a woke investment strategy that places a priority on subjective environmental and social metrics instead of financial metrics that ensure quality returns for investors. It is estimated that ESG has taken 90% of investments off the table for reliable energy over the last five years. 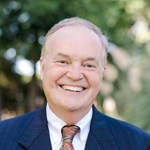 Since taking office in 2017, Railroad Commission Chairman Wayne Christian has met with dozens of business leaders who have expressed concern that ESG could put an end to the oil and gas industry in Texas. In response, Christian passed an Anti-ESG resolution at the Interstate Oil and Gas Compact Commission (IOGCC) and championed the passage of Texas’ new regulations on ESG last session (Birdwell/King).

Christian also sent a letter and personally met with BlackRock leaders demanding answers to their ESG practices, their impact on oil and gas and potential legal concerns.

The Chairman sent a letter to the Employees Retirement System of Texas (ERS) regarding concerns of ERS’ proxy votes on net-zero financing proposals, and he sent a letter to the U.S. Securities and Exchanges Commission (SEC) vehemently opposing their proposed climate-related disclosure rules for businesses seeking to governmentally standardize ESG investment rules.

“Your retirement account is just collateral damage to radical environmentalists who are leveraging ESG investment strategies to defund the oil and gas industry,” said Christian. “Texas is where ESG extremists will meet their match. We are sending a clear message to Wall Street: If you boycott Texas oil and gas, we boycott you.”

“I’m thrilled to see my conservative colleagues join the defense against ‘woke’ Wall Street bankers,” continued Christian. “Rally the troops: Here in Texas is where we will draw the line against ESG’s detrimental impact on oil and gas.”