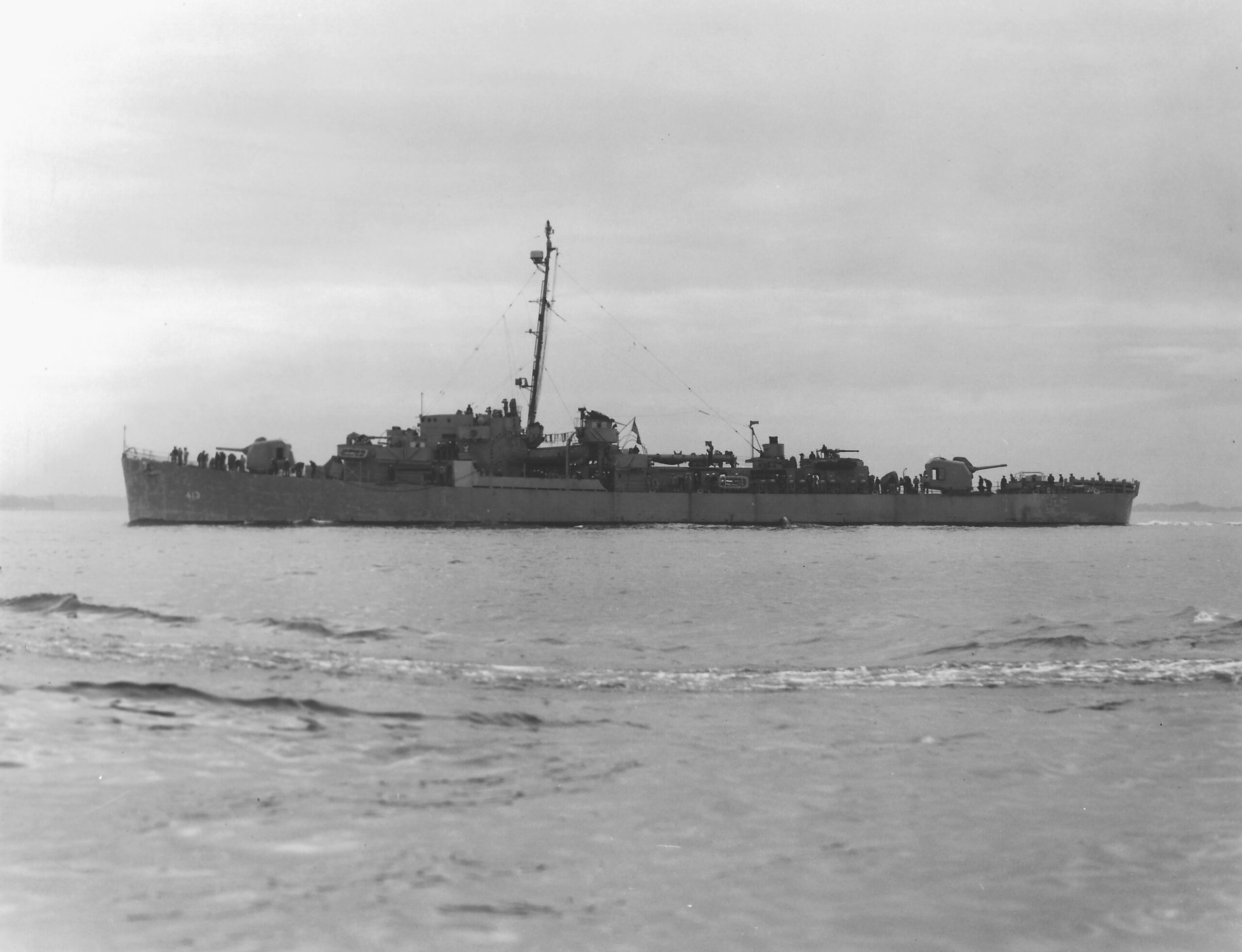 MANILA, Philippines (AP) — A U.S. Navy destroyer that engaged a superior Japanese fleet in the largest sea battle of World War II in the Philippines has become the deepest wreck to be discovered, according to explorers.

The USS Samuel B. Roberts, popularly known as the “Sammy B,” was identified on Wednesday broken into two pieces on a slope at a depth of 22,916 feet.

That puts it 1,400 feet deeper than the USS Johnson, the previous deepest wreck discovered last year in the Philippine Sea also by American explorer Victor Vescovo, founder of Dallas-based Caladan Oceanic Expeditions. He announced the latest find together with U.K.-based EYOS Expeditions.

“It was an extraordinary honor to locate this incredibly famous ship, and by doing so have the chance to retell her story of heroism and duty to those who may not know of the ship and her crew’s sacrifice,” Vescovo, a former Navy commander, said in a statement.

The Sammy B. took part in the Battle off Samar, the final phase of the Battle of Leyte Gulf in October 1944, in which the Imperial Japanese Navy suffered its biggest loss of ships and failed to dislodge the U.S. forces from Leyte, which they invaded earlier as part of the liberation of the Philippines.

According to some records, the destroyer disabled a Japanese heavy cruiser with a torpedo and significantly damaged another. After having spent virtually all its ammunition, she was critically hit by the lead battleship Yamato and sank. Of a 224-man crew, 89 died and 120 were saved, including the captain, Lt. Cmdr. Robert W. Copeland.

According to Samuel J. Cox, a retired admiral and naval historian, Copeland stated there was “no higher honor” then to have led the men who displayed such incredible courage going into battle against overwhelming odds, from which survival could not be expected.

“This site is a hallowed war grave, and serves to remind all Americans of the great cost born by previous generations for the freedom we take for granted today,” Cox said in a statement.

The explorers said that up until the discovery, the historical records of where the wreck lay were not very accurate. The search involved the use of the deepest side-scan sonar ever installed and operated on a submersible, well beyond the standard commercial limitations of 19,685 feet, EYOS said.

The U.S. imposed sanctions against a shipping company and two individuals for allegedly exporting oil to North Korea, which the...

Norway has heightened security around all critical infrastruture and harbours, and called the Russian ambassador in on the carpet in...

There are indications Russia is building its own “dark fleet” ahead of the European Union's December oil embargo, BRS Group...

Somerville: Russia’s effort to conscript 300,000 reservists to counter Ukraine’s military advances in Kharkiv has drawn a lot of attention...

Is Antero Resources Corp (AR) a Winner in the Oil & Gas E&P Industry?