European lawmakers have approved a law designating gas and nuclear as sustainable energy sources, as part of a system that was intended to influence direct investment in clean energy.

The vote in Strasbourg on Wednesday followed months of heated debate over the inclusion of gas and nuclear in the EU’s financial labelling “taxonomy”, as the bloc attempts to cut its reliance on Russian gas while simultaneously meeting its pledge to reach net zero greenhouse gas emissions by 2050 in order to limit global warming.

Only 278 members of the European Parliament voted against designating investment in gas and nuclear as “green”, falling short of the 353 majority needed to reject the legal act. Member states have until July 11 to object to the proposal but EU officials said that it is unlikely to be blocked.

But campaigners said the law discredits EU efforts to establish itself as a global leader on climate policy. Other countries that have created similar labelling schemes, including Russia, South Africa and Bangladesh, have excluded gas from the list of “green” investments.

Greenpeace, the environmental campaign group, threatened the commission with legal action following the vote, describing the outcome as “outrageous”.

“We will fight this in the courts. The EU Commission’s shameful backroom dealing on behalf of the fossil fuel and nuclear industries won’t help them there,” said Ariadna Rodrigo, Greenpeace Europe’s sustainable finance campaigner.

Austria and Luxembourg said after the vote that they would challenge the law at the European Court of Justice, having threatened legal action following the Commission’s initial announcement about the gas and nuclear classification.

The result was “a very clear blow to Europe’s credibility and leadership. The EU was the pioneer of the whole taxonomy and others are doing a much better job,” said Tsvetelina Kuzmanova, a policy adviser for the environmental think-tank E3G.

Some European, as well as Ukrainian, politicians said that classifying gas and nuclear as sustainable activities would only deepen Europe’s reliance on Russian gas and channel more money towards Moscow. Russia also produces about a fifth of the world’s uranium fuel used in nuclear reactors.

Paul Tang, a Socialist MEP who led a cross-party coalition opposed to the legal act, said that the European parliament had sent “the wrong signal to the world” by labelling gas as green, adding that the Russia’s state-run energy companies “Gazprom and Rosneft will be pleased with this result”.

The commission has said that gas and nuclear will only be considered green if they are used to transition away from dirtier fossil fuels such as coal and oil. Gas projects should only be considered if direct emissions are limited and they switch to fully renewable power by the end of 2035, according to the legal text. Nuclear power may only be funded if it adheres to certain standards for the disposal of radioactive waste. 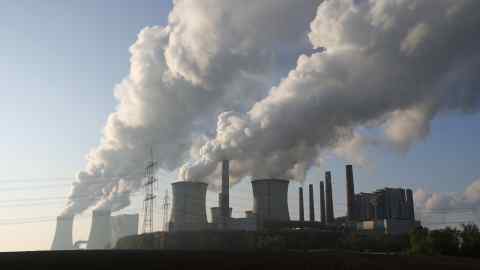 Several financial institutions including the European Investment Bank, the EU’s lending arm, have already said they are likely to ignore the gas and nuclear designation.

“In our view, fossil gas and nuclear should not have access to the same cheap financing as renewables as this inevitably will crowd out financing for the green transition, thus making its progress slower,” said Anders Schelde, chief investment officer at Danish pension fund AkademikerPension.

Controversy over the vote was fuelled by the way in which the commission proposed the law, coupling gas and nuclear together in one legal act as a compromise between pro-nuclear French and pro-gas German contingents in Brussels.

Ahead of the vote, several MEPs said they approved of nuclear as a transitional fuel and not gas, but the construction of the legal act would force them to vote in favour of both.

Why 2023 will be another strong year for the oil industry

Operators say their companies moving forward with digital connection of everything

Colorado must reduce fuel burning, and also its fuel exports