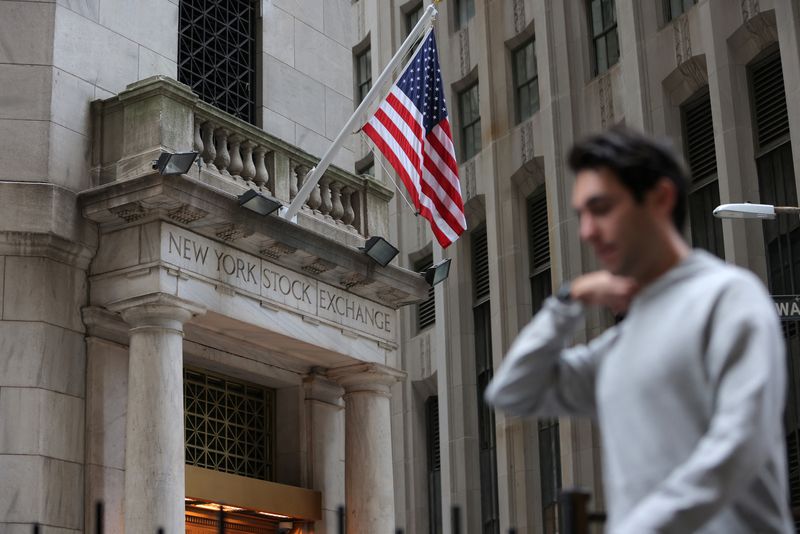 By Rodrigo Campos and Ira Iosebashvili

(Reuters) – A stronger-than-expected showing by Democrats in the U.S. midterm elections may force investors to rethink the split government scenario many had expected.

Democrats held onto control of the U.S. Senate, extinguishing hopes of the “red wave” that Republicans had expected leading into the midterm elections. Republicans remain close to seizing control of the House of Representatives as officials continued counting ballots, with results expected to become apparent over the next several days.

Following last week’s midterm vote, investors had largely expected a split government, with Republicans gaining control of the House, Senate or both while Democrat Joe Biden remained in the White House. While a Democratic sweep is still seen as unlikely at this point, perceptions that such a result is within the realm of possibility could ignite worries over spending and legislation that many investors had put to rest.

“If the goal is to curtail demand, we could now have policies that underpin demand,” she said.

Returns are still flowing in for several House races, including many in liberal-leaning California. As of early Sunday, Republicans had won 211 seats and the Democrats 205, with 218 needed for a majority.

Spending is a worry for some investors because they believe it could buoy inflation and potentially force the Fed to ramp up their market-punishing monetary tightening policies. Softer-than-expected inflation data last week spurred hopes the Fed could temper its rate hikes, sparking a sharp rally in stocks and bonds.

A split government could stymie Democrats from pushing through several large fiscal packages, including $369 billion in spending on climate and energy policies, and enacting a windfall tax on oil and gas companies, analysts at UBS Global Wealth Management wrote earlier this month.

Still, “Federal Reserve policy, rather than fiscal policy, will remain the main driver of markets in our view,” they said.

In the same vein, analysts at Morgan Stanley (NYSE:) wrote before last week’s election that Democrats expanding their majorities in Congress could lead markets to “assign a higher probability to further fiscal expansion, with Congress and the Fed

effectively pulling in opposite directions on inflation.”

“The short-term implications for markets could be higher Treasury yields and stronger dollar, reflecting the potential for higher peak federal funds rate.”

Historically, stocks have done better under a split government when a Democrat is in the White House: average annual returns have been 14% in a split Congress under a Democratic president, according to data since 1932 analyzed by RBC Capital Markets. That compares with 10% when Democrats controlled the presidency and Congress.

Of course, either configuration is far better than the market’s performance this year. Even after rebounding in the past week, the S&P 500 is still down 16.2% for the year.