Kelt Exploration Ltd. (TSE:KEL – Get Rating) Director David John Wilson acquired 57,300 shares of the company’s stock in a transaction on Wednesday, January 11th. The stock was acquired at an average cost of C$4.65 per share, for a total transaction of C$266,445.00. Following the completion of the acquisition, the director now owns 19,240,040 shares of the company’s stock, valued at approximately C$89,466,186. 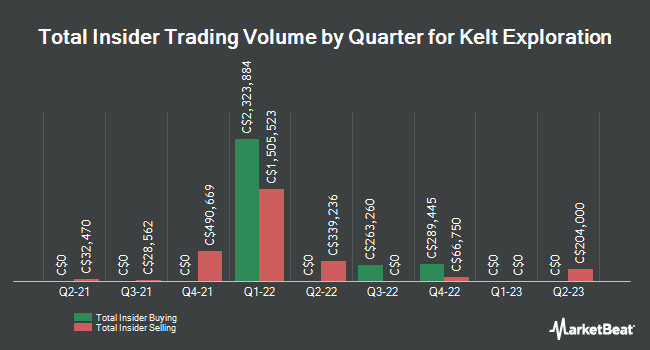 This instant news alert was generated by narrative science technology and financial data from MarketBeat in order to provide readers with the fastest and most accurate reporting. This story was reviewed by MarketBeat’s editorial team prior to publication. Please send any questions or comments about this story to contact@marketbeat.com.

Before you consider Kelt Exploration, you’ll want to hear this.

MarketBeat keeps track of Wall Street’s top-rated and best performing research analysts and the stocks they recommend to their clients on a daily basis. MarketBeat has identified the five stocks that top analysts are quietly whispering to their clients to buy now before the broader market catches on… and Kelt Exploration wasn’t on the list.

While Kelt Exploration currently has a “Buy” rating among analysts, top-rated analysts believe these five stocks are better buys.

World’s dirtiest oil and gas fields are in Russia, Turkmenistan and Texas