With oil prices roaring back, the Opec+ output cuts are undoubtedly doing their job.

But they’re due to be reviewed in a little over a week, and the unwieldy group needs to ensure the fault lines between its de facto leaders, Saudi Arabia and Russia, don’t resurface. We all know what happened last time they couldn’t agree on the way forward.

For now, the results of the collaboration are almost too good to be true. In the first month of execution, the level of compliance achieved by most of the 20 countries that signed up to the deal has been astonishingly good. That may be a sign of their desperation as crude prices plunged below zero, or a reflection of the struggle to sell cargoes in a world where demand has collapsed.

Perhaps not surprisingly, countries outside the deal have played their parts too, as economic forces drove oil companies to slash output. But the extent of the moves are eye-popping. Weekly data show US production down by 1.6 million barrels a day, or 12 per cent, in two months. The real drop may be even bigger, as the Energy Information Administration can only make its supply and demand estimates balance with a -999,000 barrel-a-day “adjustment factor.” That’s the biggest negative potential-adjustment number ever and at least some of it is almost certainly an overestimation of production. In Canada, production in Alberta has fallen by a quarter, or 1 million barrels a day. 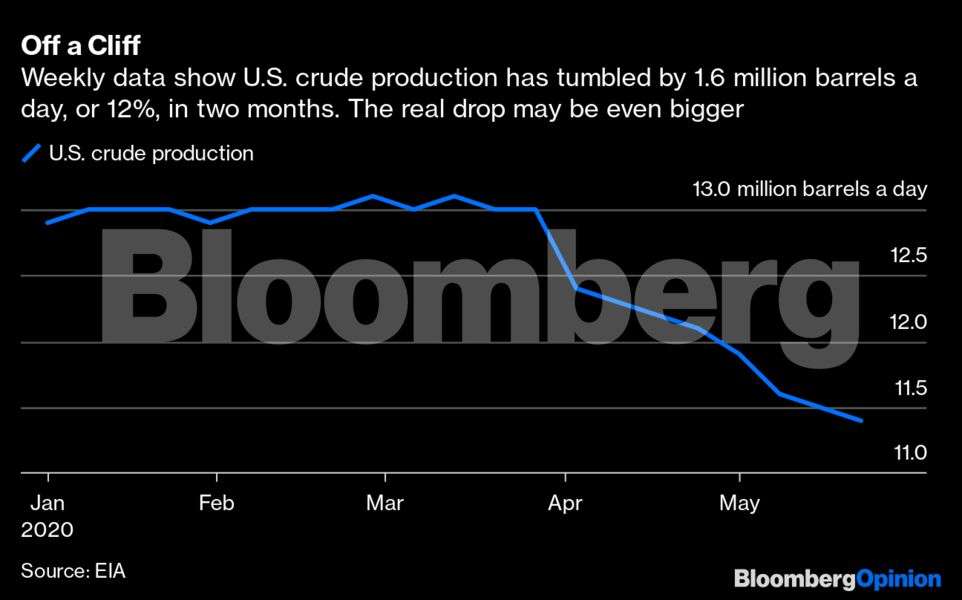 Things are definitely moving in the right direction, but the question is how producers should respond. The view from the Moscow office of Russian Energy Minister Alexander Novak is that all of the output cuts, combined with recovering Chinese oil demand, will bring global supply and demand back into balance in June or July.

That may be glossing over the details a little too quickly. It’s really too soon for producers to relax. The demand recovery has yet to take hold in the US or Europe, or in much of Asia beyond China. Fuel consumption in India is currently about 40 per cent below last year’s levels, while in the US, a surprise second dip in demand in last week’s data means it remains about 25 per cent lower than at the same point last year. 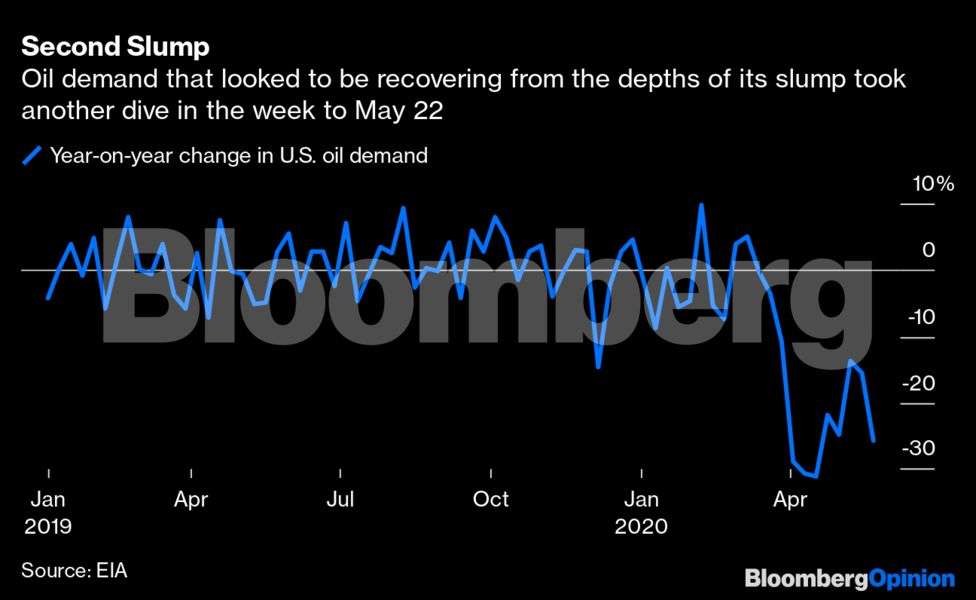 Producers should keep this in mind as they prepare to meet again in another series of virtual gatherings on June 9 and 10, to assess the effectiveness of the output deal and confirm their next steps.

They’ll have plenty to celebrate, not least the recovery in oil prices. 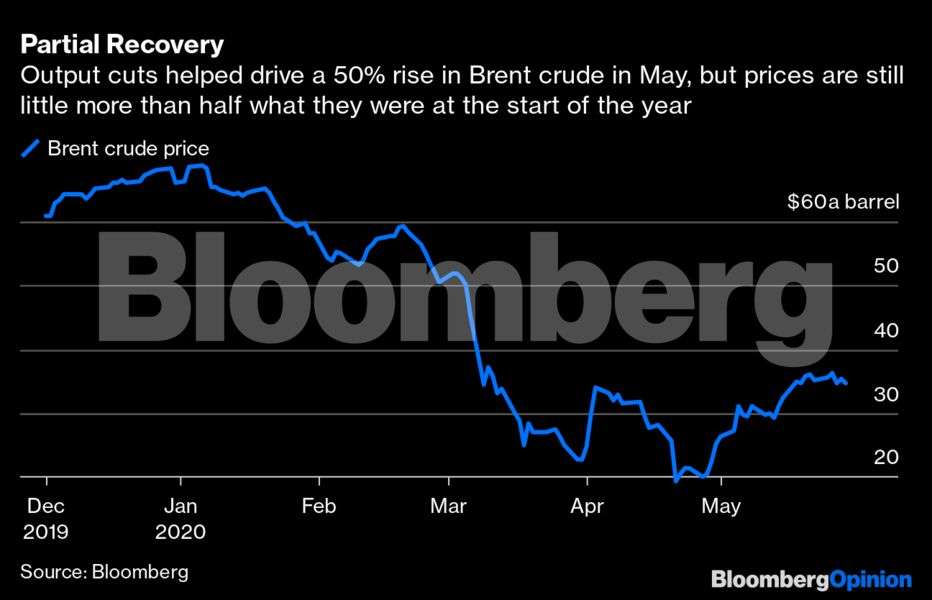 They need to exercise caution, though. The temptation to begin raising production is all too seductive, but the recovery in oil prices should not be taken as a license to open the taps — especially since it’s being helped by the extracurricular efforts of some in group memebers. Saudi Arabia and its neighbors decided earlier this month to make additional output cuts in June, beyond those already agreed. That could take another 1.2 million barrels a day off the market and send Saudi Arabia’s oil production as low as 7.5 million barrels a day next month, a level not seen for 20 years, except in the immediate aftermath of the attacks on Saudi oil processing plants last year.

Still, some in the Opec+ group, most noticeably Russia, are eager to stick to the deal they agreed to in April and to begin reopening the taps at the start of July. A challenge for Opec+ is that it has every right to do so. Their hard-fought deal has built-in sunset clauses that allow participants to start easing their restraint in July. If they do, that could trigger the rapid return of anywhere between 2 million and nearly 4 million barrels a day of oil supply.

Luckily other participants seem more cautious, and Saudi Arabia, Kuwait and the United Arab Emirates may be among them. One idea that has been floated is to revise April’s agreement and extend the May-June production targets all the way to the end of the year. It’s a suggestion that hasn’t found favor in Moscow.

But Saudi Arabia and Russia — the group’s biggest producers by a large margin — appear to be trying to avoid another conflict. For this coming round, the two countries agreed to closely coordinate during a phone call between Russian President Vladimir Putin and Saudi Crown Prince Mohammed Bin Salman last week. They have held similar talks before previous Opec+ meetings.

But it wasn’t so long ago that Russia’s refusal to accept deeper output cuts being pushed by Saudi Arabia led to the collapse of talks altogether and triggered the market-share battle that saw the kingdom boost production above 12 million barrels a day — and we all know how that ended, with storage being filled to near capacity and the lowest oil prices in 20 years. After April’s hard-won deal, it’s up to the Opec+ group to make sure it’s not a short-lived success story now that the imminent threat of collapsing oil prices has receded.

(This column does not necessarily reflect the opinion of economictimes.com, Bloomberg LP and its owners)

Oil price war: U.S strikes first, what will OPEC+ do next?

The Biden administration Monday released highly anticipated draft rules to stem the release of methane from oil and gas drilling...

Insurance firm Britam has backed out of a deal to underwrite the East African Crude Oil Pipeline (Eacop) after the...

Could This Be The Most Exciting Gold Play of 2021?

Indonesia’s Pivot Away From Coal Will Require Massive Investments