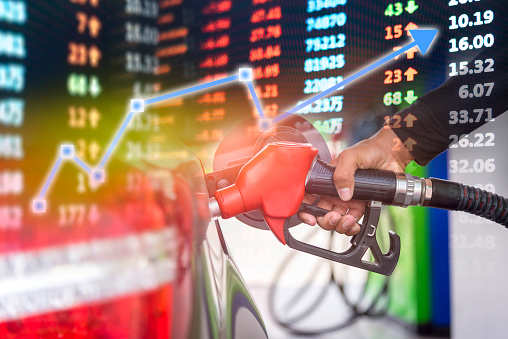 New Delhi: The Congress on Friday launched an online campaign attacking the government over the rise in fuel and cooking gas prices with former party chief Rahul Gandhi accusing the Centre of helping two-three crony capitalists at the expense of people.

Several Congress leaders posted videos on Twitter and other social media platforms using the hashtag ‘Speak Up Against Price Rise’.

In a video, Gandhi alleged that money is being taken from the pockets of the people and handed over to select crony capitalists.

“During the coronavirus pandemic, middle-class people, small shop owners, labourers, farmers and the poor were the worst hit while two-three industrialists befitted,” he said.

Gandhi asserted that the government will have to reduce the prices of petrol, diesel and cooking gas.

In a tweet, he said inflation is unbearable for three reasons — the falling prices of crude oil in the international market, “robbery” in the name of tax by the central government, and two-three crony capitalists profiteering from this.

Earlier in the day, in a tweet in Hindi, Gandhi said, “Price rise is a curse. The central government is pushing people in the swamp of price rise just to earn taxes.”

“Raise your voice against the destruction of the country,” he said, using the hashtag ‘SpeakUpAgainstPriceRise’.

The price of petrol has shot above the Rs 100-mark in some places in Rajasthan, Madhya Pradesh and Maharashtra and is at an all-time high elsewhere in the country.

Taxes make up 60 per cent and about 56 per cent of retail prices of petrol and diesel respectively.

The Congress, through its official Twitter handle, also urged people to participate in the online campaign.

“BJP = Burden the Janta Party; the sooner we speak up against their loot, the better for the nation. Come, join our movement. Come, #SpeakUpAgainstPriceRise,” the party said.

Senior Congress leader Shashi Tharoor also posted a video as part of the campaign and said every single step of the Modi government has been taken to empty the pockets of the common citizen to fill its coffers.

“India will not tolerate this anymore. India will rise up, India will #SpeakUpAgainstPriceRise,” he said.

The Congress has been attacking the government over the rise in fuel and cooking gas prices. It has demanded that the prices be brought back to the level at which they existed during the UPA regime.

World Oil (Bloomberg) — The Biden administration is seeking to stop sales from the Strategic Petroleum Reserve mandated by Congress...