China: Countries outside region should keep off sea row 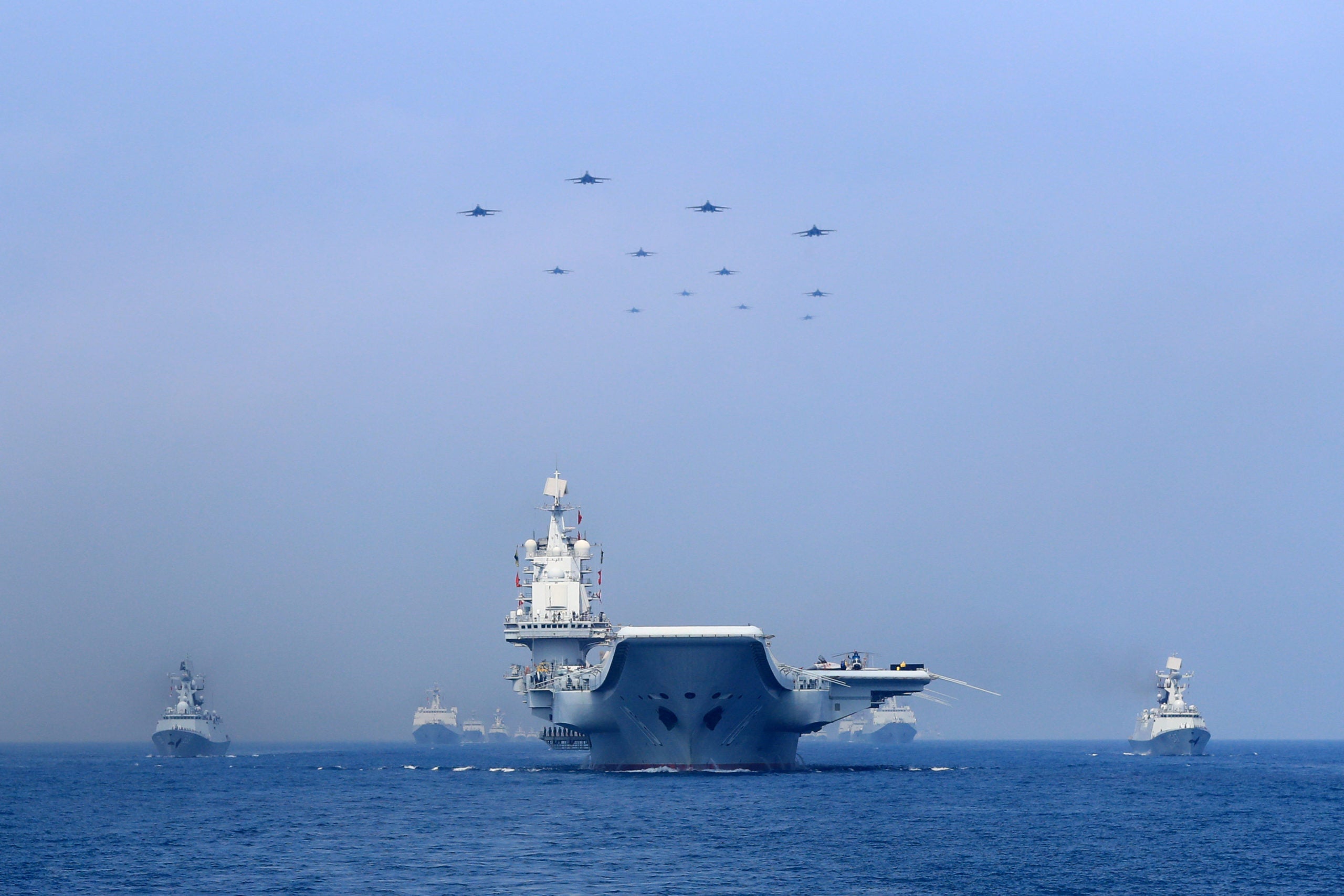 MANILA, Philippines — China on Saturday said countries not directly involved in the maritime dispute it had in the South China Sea should “respect” efforts by Beijing and its neighbors to peacefully settle the conflict by themselves but it also reiterated its expansive claims over the vast ocean.

China was reacting to recent remarks made by US Secretary of State Antony Blinken rejecting China’s claims in the South China Sea beyond what is allowed under international law.

“China hopes countries outside the region will duly respect the efforts of China and other regional countries to properly handle maritime disputes and safeguard peace and stability in the South China Sea,” the Chinese Embassy in Manila said in a statement on its Facebook page.

It maintained that China “unswervingly upholds its territorial sovereignty and maritime rights and interests” in the contested waters, which it said had been formed “in the course of a long history, and are in line with international law and practice.”

Blinken made his remarks in a phone call to Foreign Secretary Teodoro Locsin Jr., who earlier filed a diplomatic protest against a new Chinese law that allows its coast guard to fire at foreign vessels in Chinese-claimed areas.

An international arbitral tribunal upheld in July 2016 the Philippines’ position to invalidate China’s baseless historical claims to most of the South China Sea. China did not take part in the arbitration and refused to recognize the ruling.

In its statement, the embassy said China was “also committed to the peaceful settlement of disputes through negotiation and consultation with other countries directly concerned, and to jointly safeguarding peace and stability in the South China Sea with Asean countries.”

Asean, or the Association of Southeast Asian Nations, is a regional bloc comprised of the Philippines, Brunei, Malaysia, Vietnam, Cambodia, Laos, Thailand, Myanmar, Indonesia and Singapore.

The Philippines, Brunei, Malaysia, Vietnam, Taiwan and China have conflicting claims over all or parts of the South China Sea.

The Philippines rejects China’s claims, which include the West Philippine Sea, waters within its 370-kilometer exclusive economic zone.

The South China Sea has become a flashpoint in Sino-US relations.

Washington regularly accuses Beijing of militarizing the waters and trying to intimidate Asian neighbors who might want to exploit the extensive oil and gas reserves believed to lie under the seabed.

Destabilizing, but no threat

On Friday, the US military said Chinese military flights in the past week in the South China Sea fit a pattern of destabilizing and aggressive behavior by Beijing but posed no threat to a US Navy aircraft carrier strike group that passed through the region.

“The Theodore Roosevelt Carrier Strike Group closely monitored all People’s Liberation Army Navy (PLAN) and Air Force (PLAAF) activity, and at no time did they pose a threat to US Navy ships, aircraft, or sailors,” the US military’s Pacific Command said in a statement.

Regional security and diplomatic sources familiar with the situation said China’s Air Force was dispatched on missions beginning midmorning on Jan. 23, coinciding with the US carrier group passing south of the Pratas.

China, which has long geared its military toward defending itself against the United States, was conducting exercises that would simulate an operation against an aircraft carrier, the sources said.

“They purposely conducted the drills when the US carrier was passing through the Bashi Channel,” one source said, referring to the waterway between southern Taiwan and the northern Philippines.

“That was not just meant for Taiwan. Most importantly, China is trying to tackle the issue of the South China Sea: it wants to stop the US military from entering the South China Sea. China wants to diminish the United States’ weight in the western Pacific.”

China’s defense ministry on Thursday toughened its language toward Chinese-claimed Taiwan, warning after last weekend’s stepped-up military activity near the island that “independence means war” and that its armed forces were acting in response to provocation and foreign interference.

The US Navy regularly conducts “freedom of navigation” operations by ships close to some of the islands China occupies, asserting freedom of access to international waterways.

The US Pacific Command renewed its pledge to continue operations in the region.

“The United States will continue to fly, sail and operate wherever international law allows, demonstrating resolve through our operational presence throughout the region,” the Pacific Command said. —WITH A REPORT FROM REUTERS

Don’t miss out on the latest news and information.

Closing prices for crude oil, gold and other commodities – The Philadelphia Inquirer

Closing prices for crude oil, gold and other commodities - The Philadelphia Inquirer

Explainer-Untangling the crisis in Libya By Reuters