Chesapeake rebuilds on US shale patch with $2.6bn gas deal


Chesapeake Energy, the fracking pioneer that was the highest-profile casualty of the 2020 oil crash, is expanding in America’s shale patch again, less than a year after its emergence from bankruptcy.

The Oklahoma-based producer on Tuesday said it would spend $2.6bn in cash and equity to buy Chief Oil & Gas, founded by Dallas billionaire Trevor Rees-Jones, and its partner Tug Hill in north-eastern Pennsylvania’s section of the prolific Marcellus shale field.

“In less than a year, we have achieved our goal of refocusing and high-grading our portfolio around our core assets”, said Nick Dell’Osso, Chesapeake’s chief executive, welcoming the capture of premium assets in the US’s biggest gasfield.

“We know the importance of scale and the Chief and Tug Hill assets fit like a glove with our existing position in the north-east Marcellus shale,” he said.

The deals continue a consolidation trend across the US shale patch, where $66bn worth of transactions were announced in 2021, according to consultancy Enverus, as a leaner, more profitable sector emerges from the ashes of the oil crash.

In November Chesapeake completed the purchase of Vine Energy, a producer in Louisiana’s Haynesville shale field, close to gas-export facilities on the US Gulf Coast.

“We’ve come full circle in the shale patch as Chesapeake returns to its gas roots,” said Andrew Gillick at Enverus, adding: “Consolidation will continue — investors like bigger companies in this inflation-driven world.”

However, Dell’Osso said he still wanted to keep oil assets and ruled out a sale of the company’s position in the liquids-producing Eagle Ford shale field in Texas.

“We believe it’s valuable to have a diverse portfolio that allows us to allocate capital to oil assets or gas assets as market conditions exist,” Dell’Osso said in an interview. “We are committed to being in the Eagle Ford.”

Continental’s deal to buy the Wyoming oil assets comes as Hamm, who owns more than 80 per cent of the company, strengthened his focus on US oil after another acquisition last year in Wyoming and a more recent deal in Texas.

Chesapeake said it would use the proceeds from its Wyoming sale to partly pay for the Chief assets. The rest will come from cash flow and $500m borrowed through the company’s revolving credit facility. 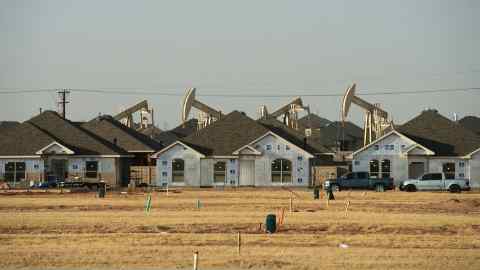 Dealmaking has been brisk in the Marcellus in the past two years, where the lack of pipeline capacity to export new gas production has pushed operators to buy rivals instead of launching new drilling campaigns.

But Dell’Osso suggested that phase may be ending, as the most productive “core” parts of the Marcellus, in north-eastern Pennsylvania, were now in the hands of just three companies: Chesapeake, EQT and Coterra, formed by last year’s merger of Cabot Oil & Gas and Cimarex Energy.

“Those three companies . . . will really control the play,” Dell’Osso told the Financial Times. “So I think that the north-east Pennsylvania position is actually reasonably well consolidated now.”

Chesapeake grew famous more than a decade ago as it spearheaded the shale revolution, amassing a huge drilling position through debt-fuelled acquisitions that for a while made the company the second-biggest US gas producer, behind ExxonMobil.

But the gamble went sour after natural gas prices plunged — partly due to the shale supply surge. Chesapeake’s colossal liabilities eventually led it to file for Chapter 11 protection in June 2020.

The Chief deal showed the company could now expand production while remaining disciplined with capital and generating profits, Dell’Osso said.

Chesapeake said the deal would generate enough new cash flow to pay for a 14 per cent increase in the annual dividend starting in the second quarter.

The Single Biggest Threat To The Electric Vehicle Boom