St. John’s, NL — Over the last eight weeks, the Newfoundland and Labrador Oil and Gas Industries Association (Noia) has had ongoing discussions with the federal and provincial governments about providing immediate help to Canada’s offshore industry, which has been hit extremely hard by COVID-19 and the collapse of oil prices. Noia has been lobbying for immediate help for the industry, to help recover and remain globally competitive. Noia has requested incentives to encourage investment in offshore exploration and project development.

Building on an earlier town hall meeting in April, Noia hosted a second virtual meeting on Thursday, May 14, to discuss impacts of the current economic situation on its members and the future of the Canadian offshore oil and gas industry.

The discussion included presentations by the following speakers:

Topics discussed. The meeting reiterated the need for immediate federal investment to sustain the East Canada offshore industry. While assistance to specific facets of the energy industry have been announced by the federal government, Noia members have indicated that these measures do not go far enough to address their immediate concerns, and will not allow the industry to compete with leading jurisdictions when operations resume.

“It has been a death by a thousand cuts,” said Noia CEO Charlene Johnson, during an interview with CBC News. “Our members are really worried about survival. The outlook is very bleak, and we’re really in crisis mode. We need help now, and we need help for many of our member companies.” 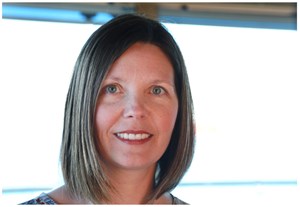 Noia represents more than 500 members, mainly in the offshore-related supply and services sector. The companies run the gamut from medical services to fire suppression, to supply vessels, to an array of logistics.

More than half of those member companies have laid off employees, according to a recent Noia survey. Johnson said the only way to get past the current crisis is to be globally competitive with other jurisdictions, to attract the scarce investment dollars out there—and there is a role for Ottawa in helping make that happen.

“While the situation is unprecedented, the solutions are not,” she said. Johnson says federal help could come in the form of a petroleum incentive program, similar to one that promoted frontier drilling and helped kick-start the industry in the 1980s.

Noia also says Ottawa could allow oil companies to once again avail of an Atlantic investment tax credit that they stopped qualifying for nearly a decade ago, when economic times were better. Last month, the feds pledged $75 million to help reduce emissions in the Newfoundland offshore, but industry players said more needs to be done.

Johnson says she hopes that federal Natural Resources Minister Seamus O’Regan can take the information presented at the Noia town hall meetings to convince his cabinet colleagues that action is necessary. “I believe there is a genuine sincerity there to help,” Johnson concluded. “We just need it to hurry up.”

Seamus O’Regan continued the discussion by saying “exploration is key” to federal help for Newfoundland and Labrador’s (N.L.) offshore oil industry. He says the province’s offshore E&P sector competes internationally with Norway and the UK.

“These are also jurisdictions that, like us, are committed to net zero emissions by 2050. But they recognize that oil will have a place in the world,” O’Regan said. “And the competition for that place is fierce. We’re very proud of our offshore, and we think that if we could get the similar incentives in place, that we can compete.”

But O’Regan did not provide details on exactly what form those incentives may take here. He said companies would get to keep a little more of their money to put toward exploration, but it remains “revenue-neutral” and would not cost the state any more cash.

“It just basically provides liquidity to those companies, and liquidity is something that we have been doing, with not just oil and gas players, but companies all across the country of all sizes,” O’Regan said. “There haven’t been bailouts per se; there’s just been making sure that they have access to cash that will allow them to bridge through this tough time.”

At this point, O’Regan will not commit to a time frame to have an announcement on what the feds plan to do. “I’m working with my colleagues in Ottawa and various ministers in putting something together that we think will work,” he said.

“It’s a meticulous business. It’s something that you want to get right. But we fully understand the urgency of the situation.” He says he has been dealing directly with CEOs of major industry players to hear what they have to say.

“Some of it is regulatory and looking for ways that we can just get rid of duplication and red tape without in any way taking away from the environmental integrity of the regime,” O’Regan concluded.

Deferred projects. In addition to exploration wells that have been postponed, two significant facilities projects have been put on hold in Newfoundland, thanks to COVID-19. One of those is the West White Rose field development. On March 22, Husky announced that major construction activities related to the West White Rose Project were being suspended, due to COVID-19. This includes work on the massive concrete gravity structure (CGS) being built at the Port of Argentia. There has been no definitive word from Husky as to when work might resume. 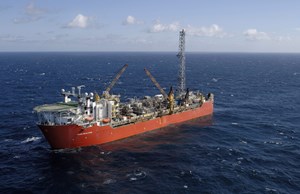 In addition, the planned drydocking of the Terra Nova FPSO vessel has not moved forward, as originally envisioned, and is being reviewed by operator Suncor Energy. Back in May 2019, Suncor and the Terra Nova J.V. owners sanctioned plans to proceed with a project to extend the FPSO’s life to approximately 2031. The asset life extension project would allow the facility to capture approximately 80 MMbbl of additional oil, but the vessel would have to go offline for six to seven months.

On May 5, the company said, “Suncor is currently evaluating alternate options for the Terra Nova Asset Life Extension, as Spain is no longer able to accommodate the planned dry dock work, due to that country’s COVID‑19 response.” According to the local CBC News outlet in St. John’s, this prompted the union representing some 400 workers on the Terra Nova FPSO to raise concerns about a scenario that could see the vessel not produce any oil for the next two years. Unifor Local 2121 President Dave Mercer told CBC, “The members are very worried about their future, and the future of Newfoundland (and Labrador).”

The union’s concern was confirmed by a CBC report that during the week of May 11, the Terra Nova J.V. partnership was unable to “formalize” a new plan for the vessel’s overhaul. Thus, the owners have decided to remove it from the field by this summer and sail it to a port at a location yet to be named, for an unknown duration.

The Most Fragile Oil Price Rally In History

Even OPEC Thinks Oil Prices Are Too High