Western Canadian Select’s discount to benchmark West Texas Intermediate grew US$1.70 to US$20.80 a barrel in Alberta on Friday, the widest in almost seven months, data compiled by Bloomberg show.

The growing discount has muted the benefits to oil sands producers such as MEG Energy Corp. and Cenovus Energy Inc. from the surge in benchmark oil prices above US$100 a barrel. Soaring energy costs prompted the Biden administration to tap US strategic petroleum reserves, nearly all of which is similar in grade to oil sands crude. As many as 39 million barrels of these sour barrels will be released this summer, just as oil sands sites come out of maintenance. 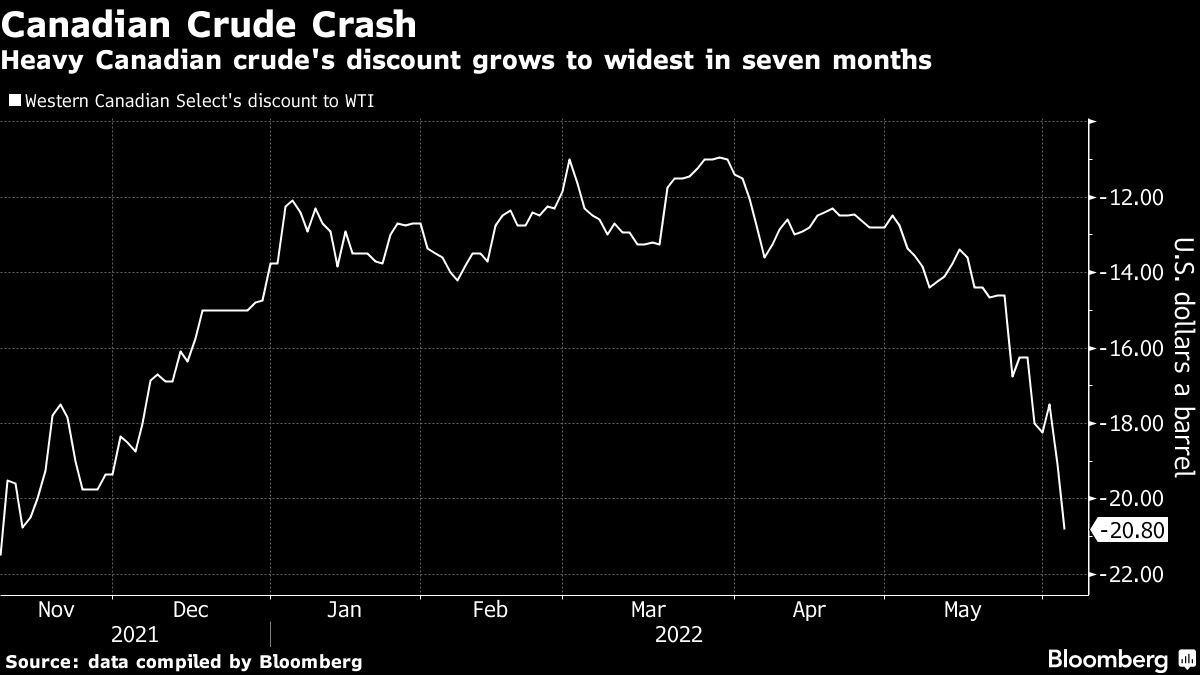 At the same time, India and China are soaking up Russian oil as much of the rest of the world avoids doing business with Russia, closing the door to another potential market. Russian oil is available for as much as US$40 under Brent, said trading sources. WCS for export out of the US Gulf Coast, where oil sands crude is sent on pipeline to gain access to global markets, is selling at a discount of around US$9 a barrel to WTI, according to Link Data Services.

A glut of ultra-light oil is also contributing to the collapse. Oil buyers in Europe are replacing Russian Urals oil with lighter U.S. grades, which yield more naphtha and condensate. Condensate is blended with oil sands bitumen so it can flow through pipelines and makes up about a third of each barrel, lowering the overall price of the Canadian heavy crude.

How Big A Problem Is America’s Shrinking Oil Reserve – OilPrice.com

Saudi Aramco sticks to $18.8bn dividend despite 25% drop in profits

Global Gas Sensors Market and the Affects of the Coronavirus to 2021 – Featuring MSA,