BP’s chief executive has hit back at fresh calls for a windfall tax on profits to help struggling households after the oil company recorded its highest profit in eight years, warning that it would deter investment and delay Britain’s net zero ambitions.

Bernard Looney said that an extra tax on profits in the UK would divert revenues away from projects to boost gas supply and make more low-carbon energy. “I don’t think a windfall tax is going to incentivise people to invest in the thing that we need right now,” he told the Financial Times.

Looney said that BP would continue to invest in its natural gas business and increase spending on renewable energy to 40 per cent of total expenditure by 2025.

His comments came after BP’s profits hit $12.8bn last year, their highest level since 2013, thanks to surging oil and gas prices. It maintained its dividend and committed to buying back $1.5bn of shares in the first quarter of 2022.

BP is in the midst of a major strategic overhaul, having committed to cut oil and gas production by 40 per cent by 2030 and produce an extra 50GW of renewable power.

But for now, profits are still driven by its fossil fuel business and in the past year, like the rest of the industry, it has benefited from a supply crunch that has pushed oil prices above $90 for the first time in more than seven years and sent gas prices to record highs.

The UK government ruled out increasing taxes for oil and gas companies last week, but opposition politicians responded to BP’s results with renewed calls for a windfall tax.

Ed Davey, leader of the Liberal Democrats, told the BBC: “It just cannot be right that these energy companies are making super profits without . . . an extra tax while people out there are too scared to turn their radiators on.”

Rival Shell last week reported earnings of $19.3bn for 2021, driven by bumper profits from its gas business. US competitors ExxonMobil and Chevron have also been boosted by higher prices.

BP’s performance is a stark improvement from 2020 when it recorded a $5.7bn loss — its first annual loss in a decade — after the pandemic hit oil demand and it wrote down the value of billions of dollars of assets. 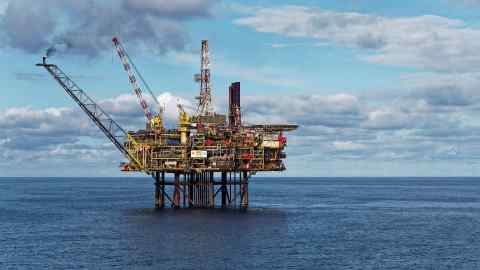 Looney stressed that oil and gas companies do not set the price of fuel, adding that when oil demand collapsed in 2020, BP made the largest loss in its 112-year history.

The group’s share price fell to a 25-year low during 2020, days after Looney presented investors with his strategy to overhaul the company by increasing low-carbon investment and cutting oil and gas production.

But shares in BP have risen 24 per cent this year. Oswald Clint, an analyst at Bernstein, said there was a “spring in the step of this new organisation”.

BP also pledged to cut emissions from its operations by 50 per cent by 2030, up from a previous target of a 30-35 per cent reduction, and expanded its net zero 2050 commitment to include emissions from traded products.