(Bloomberg) — While U.S. gasoline prices have come down from the highs seen this summer, they’re clearly still weighing on President Joe Biden, who on Monday repeated demands for oil companies to charge less. 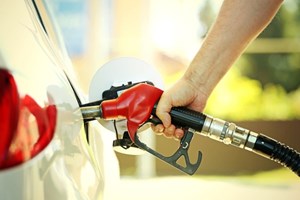 “Last month, the price of oil worldwide is down,” Biden said at a meeting of the White House Competition Council. “We haven’t seen the lower prices reflected at the pump, though. Meanwhile, oil and gas companies are still making record profits — billions of dollars in profit.”

US oil futures fell 9.2% in August. Gasoline prices during the same month were also down, dipping 9.2%, according to American Automobile Association data. Still, as Biden noted, gasoline prices across the country remain uneven; they are substantially higher in western states due to a lack of refining capacity.

“My message is simple,” Biden said. “To the companies running gas stations and setting those prices at the pump: Bring down the prices you’re charging at the pump to reflect the cost you pay for the product. Do it now.”

Biden’s words echo comments he made earlier this year as average US gasoline prices surged, hitting more than $5 per gallon in June. The White House expended considerable effort trying to reverse the trend, including massive releases of stockpiled petroleum and a diplomatic outreach to Saudi Arabia in search of additional production.

Gasoline prices have fallen since that peak by more than $1 dollar on average, helped by the decline in international oil prices amid the impact of China’s Covid-19 lockdown and speculation about the effects of a global economic slowdown.

However, there are also signs that U.S. gas prices are bottoming out after they rose slightly last week. For Biden, that risks reviving gas prices as a political issue heading into the mid-term elections in November.

Some noticeable recovery is finally underway