Annual investment of $25bn would deliver universal energy access in Africa by the end of decade, according to the International Energy Agency, reversing a fall in electricity provision as a result of the economic impact of the Covid-19 pandemic and Russia’s invasion of Ukraine.

Fatih Birol, executive director of the Paris-based energy body, said that after a decade of improvement, access to electricity in Africa had fallen by 4 per cent between 2019 and 2021, adding that development banks needed to take “urgent action” to increase flows to Africa’s renewable energy sector.

Slowing economic growth, supply chain disruptions and rising fuel prices due to a series of overlapping crises had hurt Africa’s energy system, contributing to a sharp increase in extreme poverty, Birol said in an interview. “This year I expect the same negative trend may continue.”

Speaking ahead of the release of the IEA’s African Energy Outlook 2022, Birol said only about 7 per cent of the total climate finance flows from advanced economies to developing countries goes to African nations. “In my view, the biggest barrier in front of African economic development is lack of energy access,” he said.

About 600mn people in Africa, or 43 per cent of the population, lack access to electricity. Universal energy access could be achieved by 2030 through investment of $25bn a year, equivalent to about 1 per cent of total global energy investment, according to the IEA study published on Monday.

Renewables, including solar, wind, hydroelectric and geothermal power, could provide 80 per cent of the new generating capacity required by 2030, the study said. Africa is home to 60 per cent of the best solar resources globally but has only 1 per cent of installed solar energy capacity.

While the investment required is relatively small in global terms, international competition for funding for energy projects means Africa faces an uphill battle to attract a significant increase in financing. “The continent’s energy future requires stronger efforts on the ground that are backed by global support,” Birol said.

Despite the focus on renewable energy, Africa would also need to produce an additional 90bn cubic metres a year of natural gas by 2030 in order to industrialise, the IEA study said. Increased supply of natural gas would be needed for producers of fertiliser, steel and cement as well as for water desalination.

Africa produces about 240 bcm of natural gas, largely in Egypt, Algeria and Nigeria. Around two-thirds is consumed on the continent, while the rest is exported via pipeline or as liquefied natural gas. 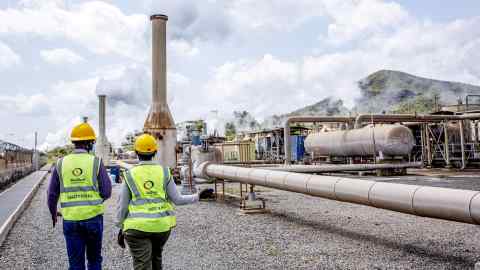 An IEA report last year called for no new fossil fuel developments in order for the world to cut emissions to net zero by 2050, but Birol said it was fair for Africa to develop more of its own hydrocarbon resources, particularly as the bulk of that production would be used domestically. “You cannot use wind or solar, at least now, to build those industries,” he said.

If all of the 5,000 bcm of known, unexploited natural gas reserves in Africa were developed, the emissions from those projects would only increase Africa’s share of global emissions from 3 per cent to 3.5 per cent, Birol added.

The IEA’s Africa Energy Outlook comes ahead of the COP27 climate meeting, which will be held in Egypt in November. The meeting is likely to result in a “big push” on clean energy investment on the African continent, Birol said.

“It may be an excellent opportunity to place Africa’s energy progress at the centre of international energy and climate conversation.”

Texas Looks to Rebuild. Here Are 6 Stocks That Could Benefit.