ADNOC Drilling Company announced it has signed a sale and purchase agreement (SPA) to acquire an additional two premium offshore jack-up drilling units. The investment is central to the company’s enterprising expansion strategy and forms part of its three-year guidance on capital expenditure. 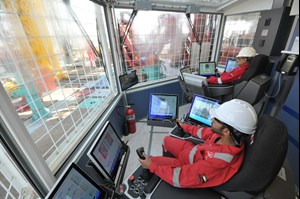 “We are extremely pleased to have completed the acquisition of these two premium rigs, which will further bolster our position as a regional drilling leader and complement our already high-quality offshore jack-up fleet,” said Abdulrahman Abdullah Al Seiari, CEO of ADNOC Drilling. “This is another important step in our fast-paced expansion and growth program, ensuring we meet increasing demand as we enable ADNOC’s ambitious oil and gas production capacity growth as well as achieving gas self-sufficiency for the UAE. In addition to ADNOC Drilling’s commitment to continuously deliver strong shareholder returns. The new drilling units will join the ADNOC Drilling fleet and start operations in the third quarter 2022, enabling considerable revenue for ADNOC Drilling to the benefit of our investors and the United Arab Emirates.”

Since listing on the Abu Dhabi Securities Exchange in October 2021, ADNOC Drilling has expanded its fleet from 96 to 104 owned rigs, as of March 31, 2022. This acquisition cements the company’s position as the largest national drilling company in the Middle East by rig fleet size, with further plans for expansion supported by a significant capital expenditure program.

In March 2022, it was announced that ADNOC Drilling would become an inaugural member of FADX 15, a new tradable index created by ADX and FTSE Russell, marking another significant milestone in the company’s history. The index is uniquely designed by ADX and FTSE Russell to track the performance of the most liquid and largest companies on the ADX main market.

In post-Covid world, we will need a mindset of preparedness to deal with all oil

In post-Covid world, we will need a mindset of preparedness to deal with all oil